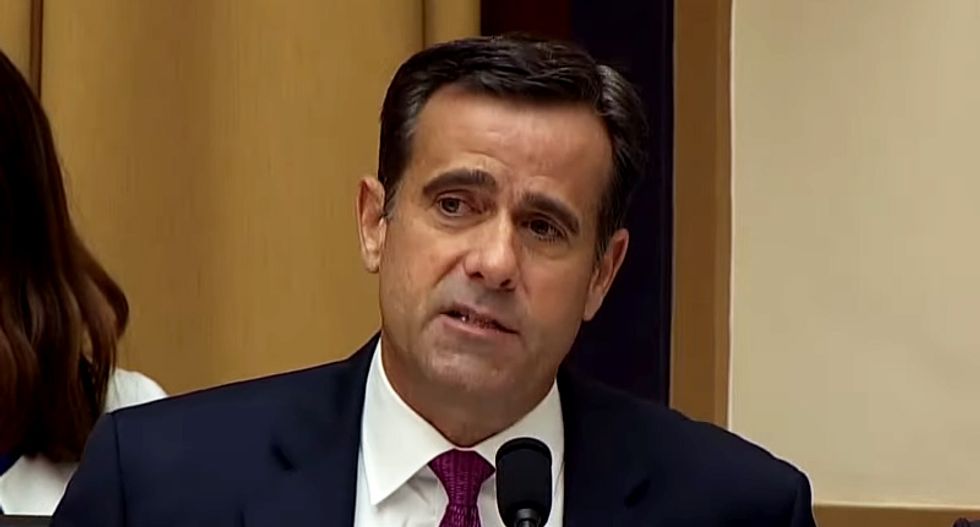 Rep. John Ratcliffe (R-TX) on Wednesday delivered an intense line of questioning to former special counsel Robert Mueller — and it may have been an “audition” for a job in Donald Trump’s administration.

Ratcliffe, Donald Trump Jr. claimed, “[brought] the heat” during his questioning of Mueller, asking what policy the special counsel operated under when deciding to say the president is “not exonerated” by the investigation.

But according to the New York Times’ Maggie Haberman, Trump met with Ratcliffe last week amid a search for someone to replace Director of National Intelligence Dan Coats, indicating the representative’s uncharacteristically charged line of questioning was about more than just his prosecutorial ideology. Trump also met with Rep. Devin Nunes (R-CA) to discuss a replacement for Coats.

Bunch of names have been floated to replace Coats, who, as these guys report, is expected to depart in coming weeks… https://t.co/5Du1qX2JWY
— Maggie Haberman (@Maggie Haberman)1563845288.0