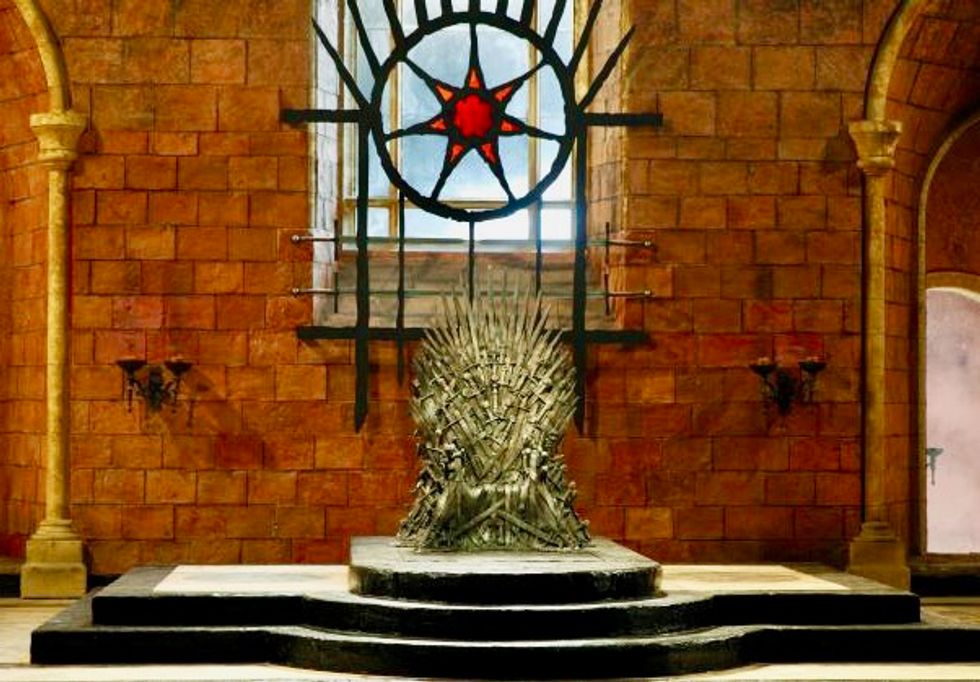 Tom Cruise and Arnold Schwarzenegger may have stolen the show on day one, but there is plenty more to San Diego Comic-Con than Hollywood A-list glamor.

As thousands of fans swarm the city's baking streets for day two of the world's biggest pop culture convention, here is the news you need to know from Thursday.

Friday's "Game of Thrones" cast reunion was already an intriguing prospect, with nothing new for HBO to promote in the magical realm of Westeros beyond unconfirmed and presumably distant prequels.

The outraged fan reaction to the fantasy epic's clumsy final season always made this intended celebration seem more likely to be a lightning rod for devotees' anger.

It has now emerged that showrunners David Benioff and Dan Weiss have withdrawn -- along with actors Iain Glen and Nathalie Emmanuel.

HBO cited production and scheduling conflicts. Social media was quick to suggest the pair had preferred to quietly evade the wrath of their slighted fans.

In an age of unprecedented special effects, the humble puppet has made a surprising comeback of sorts at Comic-Con.

Panelists for HBO series "His Dark Materials" -- based on Philip Pullman's bestselling novels -- described how traditional puppeteers were brought in to help the cast and crew imagine the characters' magical "daemons."

(All humans in the alternative universe of the books are accompanied by animal-shaped "daemon" companions.)

Admittedly, these will be cropped out and replaced with computer generated imagery by the time the series hits screens.

But with Netflix promoting its big-budget prequel series to 1982 classic fantasy "Dark Crystal," which will combine "classic puppetry with cutting edge visual effects," is the puppet back in fashion?

New editions of "Top Gun" and "Terminator" drew a rapturous response, even if critics say they are symbolic of Tinseltown's risk-aversion and failing creativity.

Others were met with more of a perplexed shrug -- including a trailer for "Jay and Silent Bob Reboot," in which the stoner duo from 1994's "Clerks" learn Hollywood is remaking an old movie based on their lives.

They head on a cross-country trip to stop the movie from being made.

A satirical dissection of the state of filmmaking? Or the ultimate case of Hollywood eating its own tail? Time will tell.

San Diego Comic-Con turns 50 with this year's edition -- an anniversary that has received a lot of love.

"I know, it's probably hard to imagine at this point that the first one had 300 people," he said.

"More so, what's exciting is the fact that we have always been fans of these things... comics, movies, television, games. And now it's cool to be a fan of that," he added.

"We are now the shepherds of stuff that's cool!"

Arnie himself later put it more bluntly: "This is unbelievable, Comic-Con."