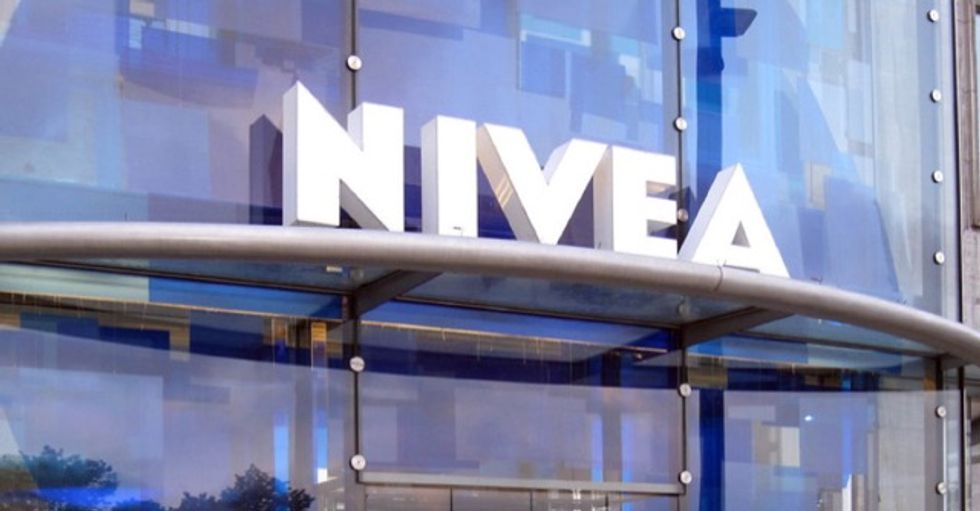 Nivea Image by thinkretail via Flickr and a CC license

Foote, Cone, and Belding, a top international ad agency founded in 1873, is dropping a major skincare company after a corporate executive allegedly balked at an image of two men touching.

"We don't do gay at Nivea," the unnamed executive told the advertising team, Ad Age reports. One of the members of the FCB creative team pitching the ad, which shows two men's hands touching, is gay.

"There comes a point in every longterm relationship when you reflect on what you've accomplished together and set your sails for where your journey will take you next," FCB Global CEO Carter Murray stated in an internal company memo. "Sometimes that journey ahead demands tough choices that lead down different paths."

"It is my hope that in reflecting on the incredible journey we've had with Nivea around the world and in your markets, you take pride in what we accomplished together and come to respect the many difficult factors we had to carefully weigh to take this step."

Calling the reports "unsubstantiated speculations," Nivea refused to address the allegations, as Campaign and MetroWeekly report. A spokesperson did, however, focus on the company's "more than 20,000 employees with very different genders, ethnicities, orientations, backgrounds and personalities worldwide."