Top House Republican defends Trump: ‘I didn’t get to see’ racist rally but president ‘moved on with his speech’ 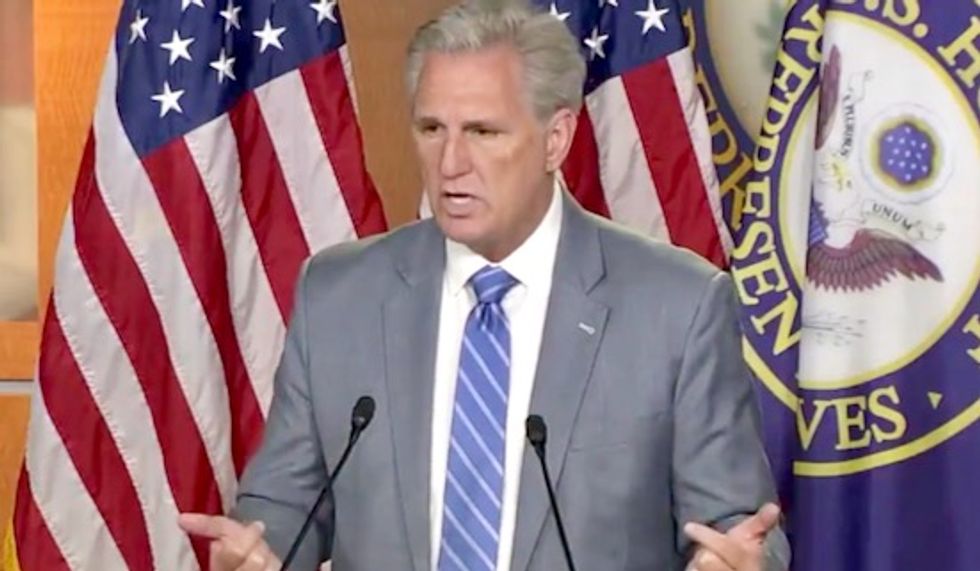 President 'Talked About Love This of Country' in Tweets McCarthy Claims

"I didn't get to see the rally but I saw a clip," McCarthy continued. "The president didn't join in any chant like that," he added, referring to the racist chant supporters repeatedly shouted Wednesday evening: "send her back."

When told by a reporter that the president "just stood there" as supporters chanted "send her back," McCarthy interjected, "The President moved on with his speech."

McCarthy appeared to be reading from talking points throughout his remarks.

McCarthy also denied Trump had any responsibility for the actions of his supporters, even though he had plenty of opportunity to tell them their words were unacceptable, as previous leaders at rallies have done.

McCarthy is perhaps best known for saying in 2016 that he thinks Russian President Vladimir Putin pays then-candidate Donald Trump, and that the Republicans' Benghazi investigations were designed to destroy Hillary Clinton as a presidential candidate.