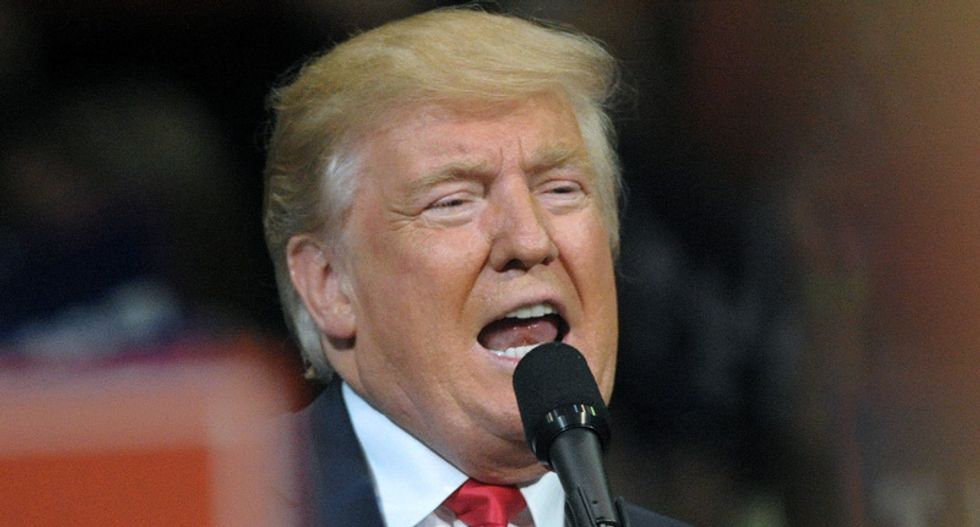 On Saturday a small, DC-based conservative news outlet published a little-noticed report that states quite clearly, "Trump has not built a single mile of new border fence after 30 months in office."

But apparently it did get noticed by the White House.

Monday night President Trump appears to have read it, and delivered an explosive and defiant tweet. But in doing so he delivered a massive self-inflicted blow, admitting the report is true, to his 62 million followers on Twitter.

The report is fact-based and devastating to the president's mirage of miles and miles of new border wall having been built.

"The Trump administration has not installed a single mile of new wall in a previously fenceless part of the U.S.-Mexico border in the 30 months since President Trump assumed office, despite his campaign promise to construct a 'big beautiful wall,'" The Washington Examiner reports.

"In a statement last week, U.S. Customs and Border Protection, the federal agency overseeing border barrier construction, confirmed that all the fencing completed since Trump took office is 'in place of dilapidated designs' because the existing fence was in need of replacement."

Replacement is maintenance and not new border wall fencing.

Trump, a real estate mogul intimately familiar with walls and fences, could not seem to grasp the difference between maintenance and replacement, and new construction.

"When we rip down and totally replace a badly broken and dilapidated Barrier on the Southern Border, something which cannot do the job, the Fake News Media gives us zero credit for building a new Wall. We have replaced many miles of old Barrier with powerful new Walls!" Trump tweeted, admitting his repeated claims of having built new walls is false.

When we rip down and totally replace a badly broken and dilapidated Barrier on the Southern Border, something which… https://t.co/BRquugcPCQ
— Donald J. Trump (@Donald J. Trump)1563837413.0

Trump's 2020 campaign debuted the slogan "Finish the Wall" at his first rally of 2019 in El Paso, Texas. At one point during his speech, the crowd began cheering "build that wall." Trump responded, "Now, you really mean 'finish that wall,' because we've built a lot of it,” though he did not share numbers with the thousands of people in attendance.

Mexico, Trump originally promised for years, was supposed to pay for the wall.