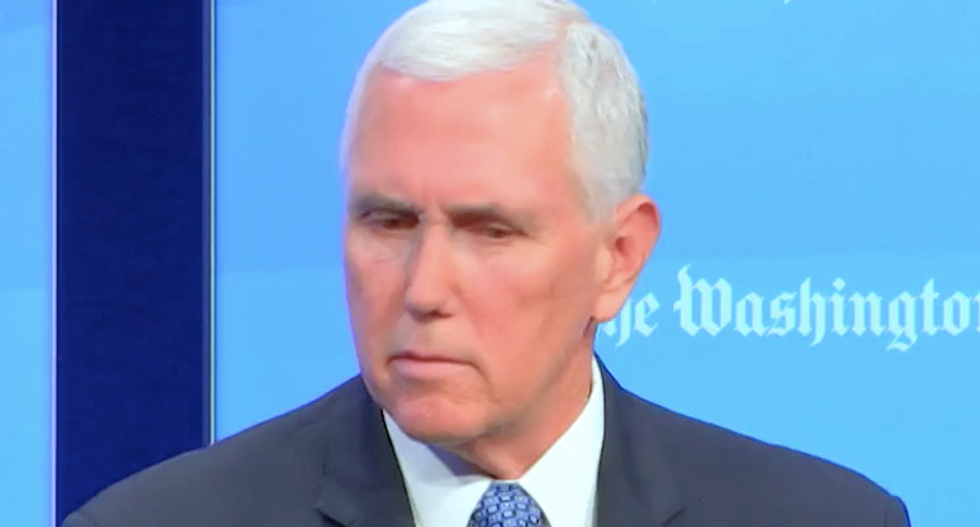 "You'll know in about two weeks," Trump said. "There was a very interesting problem that they had in New Hampshire. I can't tell you about it. But it had nothing to do with White House."

"There was a problem up there. And I won’t go into what the problem was. You’ll see in about a week or two."

Pence was scheduled to deliver remarks on America's opioid epidemic during an event in Manchester. But his trip was canceled at the last minute because of what was initially described as an emergency.

The White House later said there was no reason for alarm, but has refused to explain what caused the sudden change in Pence's schedule.