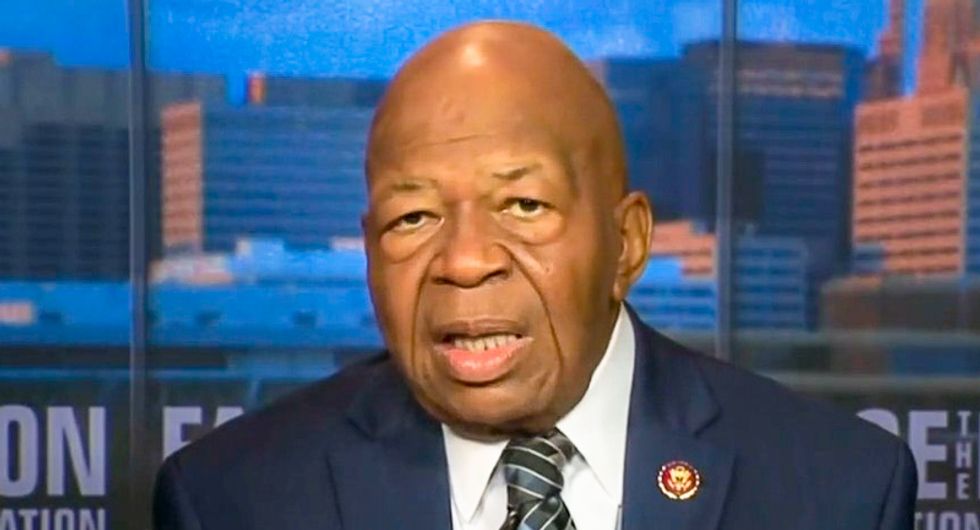 President Donald Trump continues to spew racially divisive rhetoric, accusing Rep. Elijah Cummings (D-MD) of being a racist and insulting the city of Baltimore as "vermin-infested" over the weekend.

In addition to trying to appeal to the racial biases of working class whites -- could his strategy be actively targeting black voters?

Writing in the Washington Post, Vanessa Williams wonders if Trump is actively trying to depress turnout among black voters in 2020. At the same time, Trump may try to appeal to black voters by touting the First Step Act, which introduced important federal prison reforms.

And his strategy is hardly novel.

"The Trump campaign’s decision to exploit fear and racial resentment to rev up certain white voters isn’t new; it has been employed — though in more subtle ways than Trump has done — with great effect in the South, helping the Republican Party gain a stronghold on local, state and federal elected offices," Williams writes.

"Republican legislatures in the South and Midwest also have adopted strict voter registration and identification laws, have purged millions from the voting rolls and have sought to curtail early voting and to reduce the number of polling places in some communities."

A Democratic strategist told Williams that voters might be discouraged from turning out.

""What I’m hearing in focus groups in response to Georgia and Florida is this idea that ‘They are gonna put in there whoever they want anyway, so what difference does it make?’”