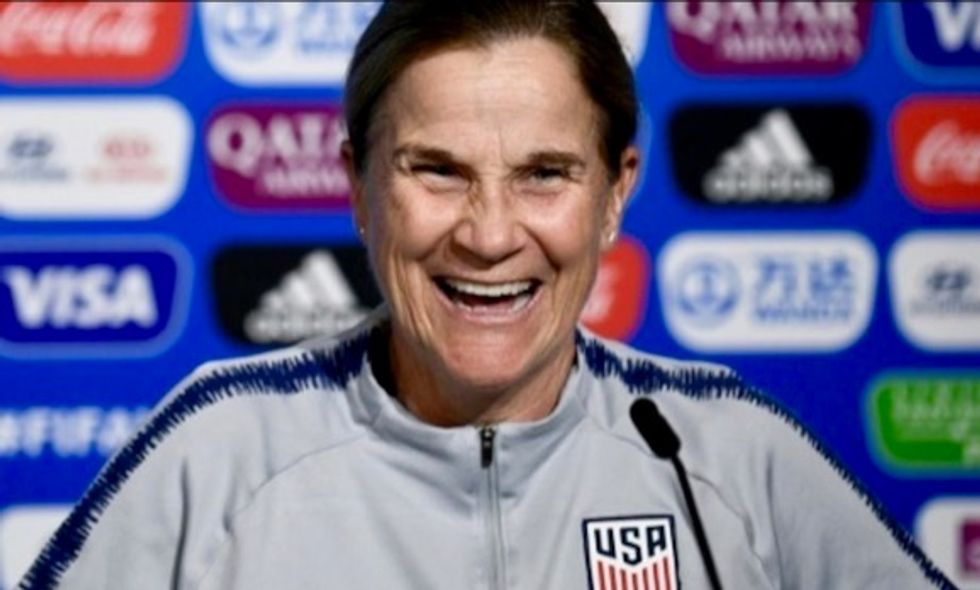 Jill Ellis, who coached the United States to a second consecutive Women's World Cup title earlier this month, will step down after her team's US Victory Tour in early October, US Soccer announced Tuesday.

The Americans beat the Netherlands 2-0 in the final on July 7 in France to defend the crown they captured four years earlier in Canada.

Ellis, who was appointed to the job in May 2014 after Tom Sermanni was removed a month earlier, has compiled an overall record of 102-7 with 18 drawn ahead of her farewell tour with the US squad.

"When I accepted the head coaching position this was the timeframe I envisioned," Ellis said. "The timing is right to move on and the program is positioned to remain at the pinnacle of women's soccer.

"Change is something I have always embraced in my life and for me and my family this is the right moment."

Ellis, 52, will make appearances for the US Soccer Federation for at least a year.

"The US Soccer Federation and the sport in general owes Jill a debt of gratitude," US Soccer president Carlos Cordeiro said.

"Jill was always extremely passionate about this team, analytical, tremendously focused and not afraid to make tough decisions while giving her players the freedom to play to their strengths.

"She helped raise the bar for women's soccer in the USA and the world and given the history of this program, the level of success she achieved is even more remarkable."

Ellis guided the Americans to wins in eight tournaments, although they settled for fifth at the Rio Olympics in quest of a fourth consecutive gold medal.

"The opportunity to coach this team and work with these amazing women has been the honor of a lifetime," Ellis said. "I want to thank and praise them for their commitment and passion to not only win championships but also raise the profile of this sport globally while being an inspiration to those who will follow them."

US Soccer is expected to name a new women's national team general manager soon and then begin the process of looking for Ellis's replacement, who will become the ninth coach in the program's history.

"I want to sincerely thank the world class coaches and staff with whom I've had the privilege to work," Ellis said. "They are quintessential professionals and even better people."