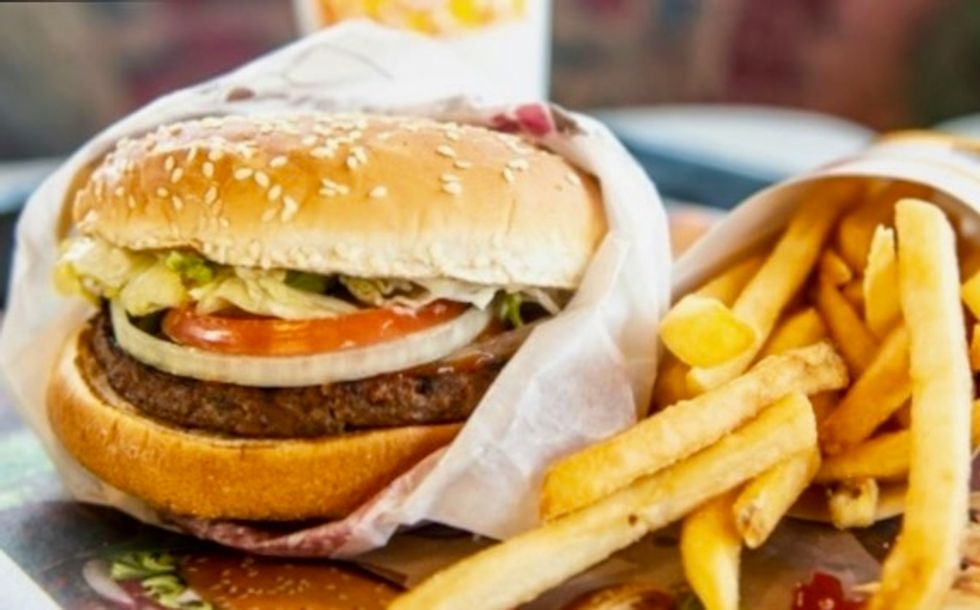 Sales of meat alternatives have jumped amid concerns about the environment, animal welfare and health Getty/AFP/File

A US firm that sells turkey-flavored tofu has taken legal action against a law that prohibits use of the word "meat" to describe its products, amid a political backlash to the growing popularity of meat substitutes.

Tofurky is contesting a law, due to take effect in the southern state of Arkansas this week, which would fine companies $1,000 per violation for plant-based food products that were labeled as alternatives to meat.

In a lawsuit filed Monday and backed by the powerful American Civil Liberties Union, the firm said the move violated its constitutional rights to freedom of speech.

"When consumers choose plant-based foods, it is not because they are confused or misled, it is because they are savvy and educated about the health and environmental consequences of eating animal products," said Tofurky chief executive Jaime Athos in a statement Monday.

Livestock farmers have seen the rise of meat substitutes as a threat to their bottom line, and have successfully pushed for labeling restrictions in at least half a dozen states.

The US Cattlemen's Association, for instance, has insisted that the word "meat" should be reserved for flesh from an animal conventionally born, raised and slaughtered.

Sales of meat alternatives jumped 23 percent in the US last year, according to the Good Food Institute, amid concerns about the environment, animal welfare and health.

The growing numbers of people turning to plant-based meat alternatives include vegans, who shun all animal products, and flexitarians, who advocate moderate consumption of meat.

Silicon-valley company Impossible has linked up with Burger King to offer a plant-based version of its signature Whopper, while food giants Nestle and Unilever are also aiming to cement their presence in the sector.