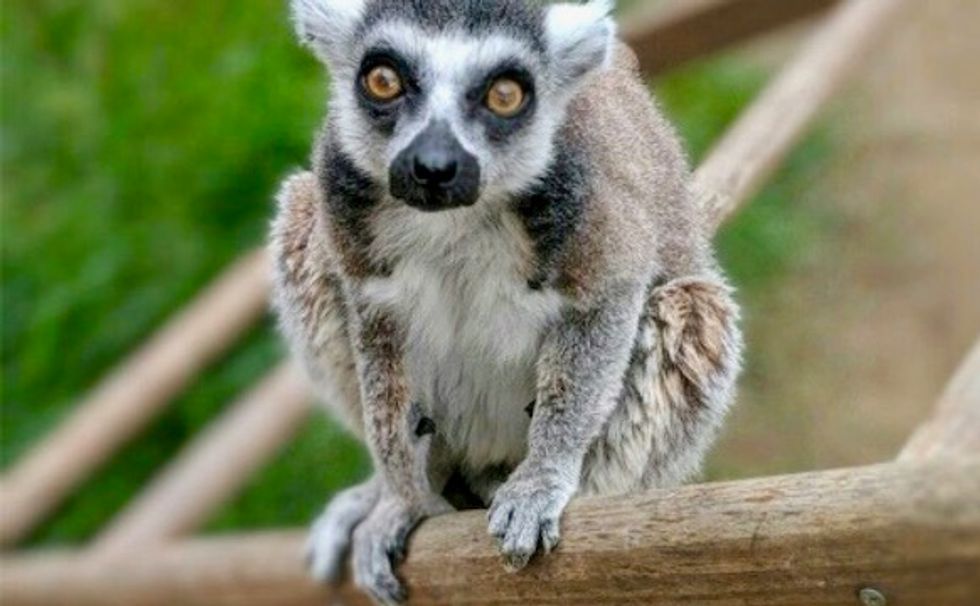 A California man pleaded guilty on Monday to sneaking into a zoo after hours and stealing the oldest-living ring-tailed lemur in North American captivity to keep the rare animal as a pet.

Aquinas Kasbar, 19, admitted before US District Judge Andrew Guilford to using bolt cutters on July 27 of last year to cut a hole in the enclosures for lemurs and capuchin monkeys at the Santa Ana Zoo in order to steal 32-year-old Isaac.

According to court documents, Kasbar abandoned the animal in a plastic drawer with no ventilation the next day in front of a hotel in Newport Beach, south of Los Angeles.

He left a note saying that the lemur -- which is on the list of the 25 most endangered primates and whose life span typically is 20 to 25 years -- belonged to the zoo and should be taken to police.

Isaac was eventually returned unharmed to the zoo.

He was identified as the culprit after Newport Beach police investigating a string of home burglaries, for which he has been charged, tied him to the theft.

According to Scientific American, only between 2,000 and 2,400 ring-tailed lemurs (Lemur catta) remain in their native Madagascar, a 95-percent decrease since the year 2000.