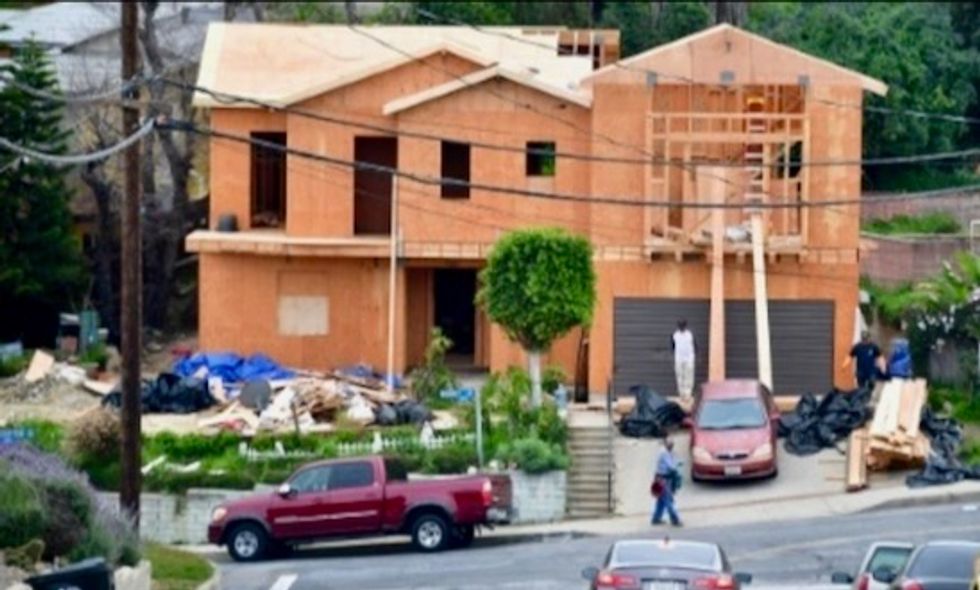 Construction of new homes in the United States fell for the second straight month in June as builders erected fewer apartments in the West and South, according to data released Wednesday. And the pace looked set to slow even further as permits for new construction of much needed homes took an unexpected tumble to the lowest in just over two years, also led by steep drops in the West and South. The housing sector is a key segment of the US economy, helping drive consumer spending and serving as one barometer of economic wellbeing. But while construction was marginally stronger in the second quarter than at the start of the year, it is not keeping pace with demand. The Commerce Department reported that home construction fell 0.9 percent in June compared to May, dropping to an annual rate of 1.25 million, seasonally adjusted. That fell short of economists' expectations and was more than six percent below June of last year.. Permits for new construction projects fell six percent, to the lowest level since May 2017, and 6.6 percent below the year-ago level. The weakness for permits was all in the volatile apartments segment, however, which plunged nearly 21 percent in the months and is 13 percent below June 2018. Officials warn the monthly data are subject to broad margins of error and say six months should elapse before a trend can be established. Despite low unemployment, rising wages and falling mortgage rates, sentiment among homebuilders in the United States has been tame in recent months. Analysts blame labor shortages and rising costs for materials. Economists said the housing market was likely to pickup in later in the year to meet pent-up demand. Amid rising mortgage applications, "we expect home sales to reach new highs in the late summer or early fall, dragging up housing construction in due course," Ian Shepherdson of Pantheon Macroeconomics said in a research note.

Sales of new US homes rose last month but the gains were softer than expected, continuing a streak of weakness in the American housing sector, according to government data released Wednesday.

The uptick in sales of new single-family homes in June reversed two months of declines, but sales in May were lower than initially reported.

But added to new data showing sales of existing homes have also lagged, the sluggish housing sector worries some economists, since low unemployment and enticingly low mortgage rates have not encouraged more would-be homeowners to sign on the dotted line.

New home sales in June rose seven percent from May to an annual rate of 646,000, seasonally adjusted, undershooting economists' expectations.

The numbers can be volatile and officials warn trends take four months to appear.

Still a slow housing market can be a sign of weaker economic activity and dampen a host of other categories, such as furniture and home appliance sales, which can weigh on calculations of GDP.

The median price for a new house rose 5.9 percent to $310,400, a rebound from May but still below April. Average prices fell, however, suggesting weakening demand for luxury homes.

Inventories remained largely unchanged with 338,000 new homes on the market at the end of June, representing a supply of 6.3 months at the current sales pace.

In the far larger market for existing homes, activity was also surprisingly weak last month even as the sales price hit a new record, according to private survey data released Tuesday.

Ian Shepherdson of Pantheon Macroeconomics said mortgage applications now suggest sales could rise in the latter half of 2019.

He said "new home sales are running a bit below the pace implied by mortgage demand, but the gap is small. We expect stronger sales over the second half."