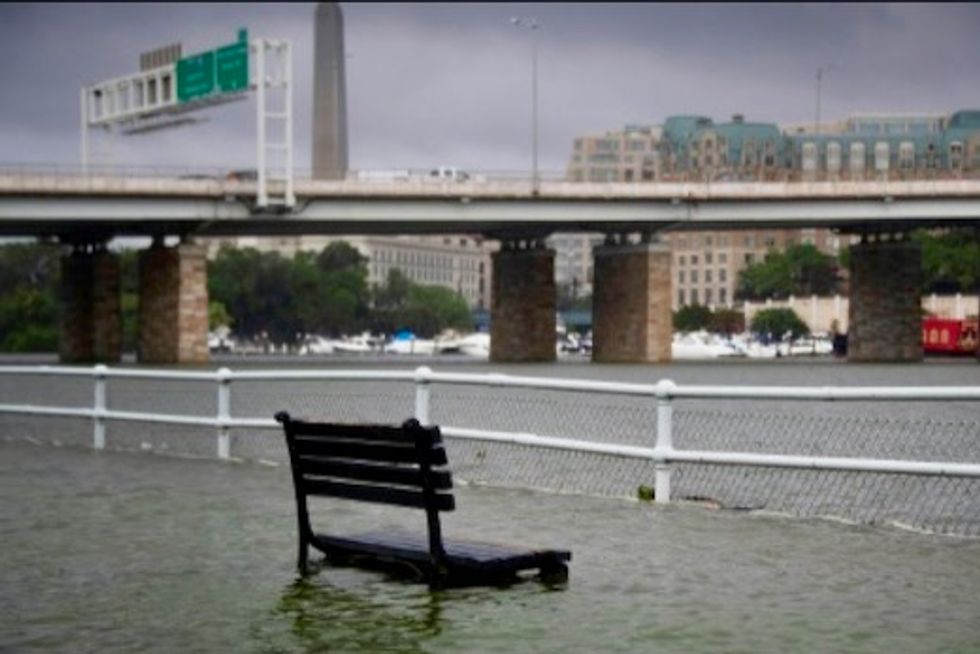 The American capital's Ronald Reagan airport received 3.3 inches (around 83 millimeters) of rainfall in just one hour, the NWS added in a tweet.

Dramatic footage aired on local TV stations and posted on social media showed vehicles submerged on roads near major landmarks like the Washington Monument, and some motorists standing on the roofs of their cars as the floodwaters rose.

One such video showed water gushing down through a hole in the roof of a Washington metro station.

The main power vault of the National Archives building -- which houses some of the most important documents in American history -- was flooded, cutting power as the streets around it were submerged.

"The building's flood walls deployed and worked," the institution said in a statement.

"The Declaration of Independence, Constitution, and Bill of Rights -- along with all of the permanently valuable records stored in the building -- are safe and not in any danger."

The White House was not spared either: Footage posted by several correspondents and outlets showed puddles forming in one of its basements.

Emergency services said they received dozens of calls from citizens seeking help. Despite the widespread flooding, no deaths were reported.

The rainfall and floodwaters subsided later in the day, as damage assessments began in the District of Columbia -- where Washington is located -- and neighboring parts of Virginia and Maryland.

Hundreds of customers were affected by power outages because of the rainfall, according to a live map on the website of local utility Pepco.

"Stay clear of downed power lines and always assume they are energized," it said in a tweet.