'You complete lunatic': Internet buries Arizona governor for retaliating against Nike over Kaepernick 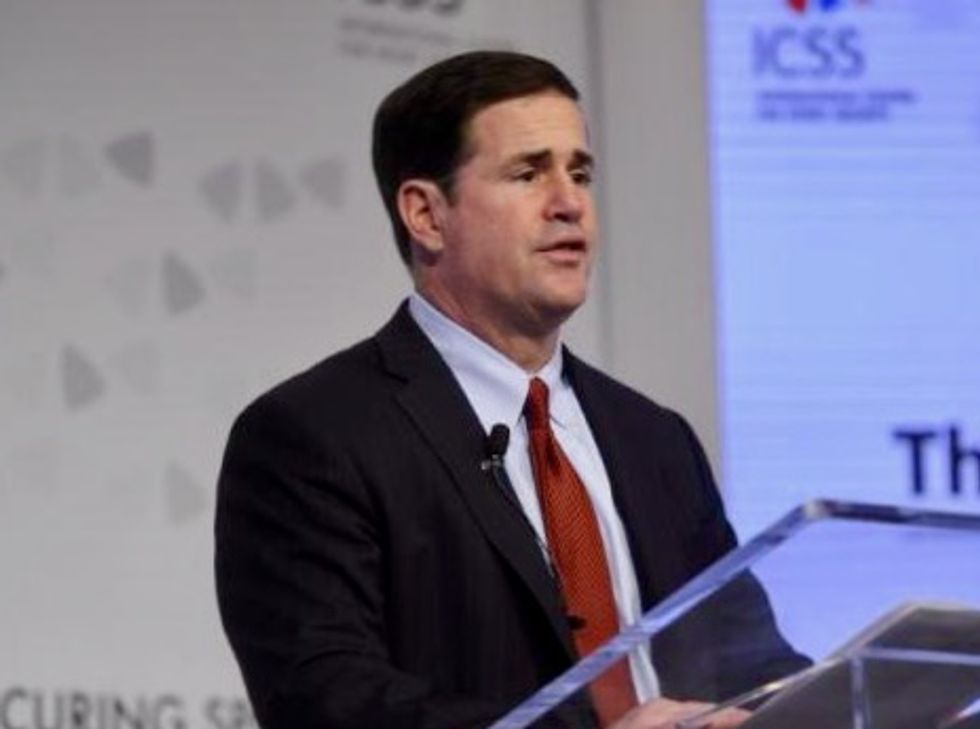 On Monday, Nike announced it was scrapping a new commemorative sneaker bearing the "Betsy Ross" flag after former NFL quarterback and civil rights activist Colin Kaepernick, who took issue with the flag's perceived cultural connections to slavery, intervened to oppose the design.

Republicans nationwide were outraged — but few more so than Arizona Gov. Doug Ducey, who went so far as to announce on Tuesday that he was canceling a planned economic development incentive for Nike.

"Nike has made its decision, and now we’re making ours," tweeted Ducey. "I’ve ordered the Arizona Commerce Authority to withdraw all financial incentive dollars under their discretion that the State was providing for the company to locate here ... We don’t need to suck up to companies that consciously denigrate our nation’s history."

While many applauded Ducey's announcement, it also sparked immediate blowback on social media, with commenters ridiculing and denouncing his move to punish a private company for a political decision:

@David_Boaz @dougducey how many flags do i need to put on my shoes to be eligible for an arizona tax incentive
— Adam Steinbaugh (@Adam Steinbaugh) 1562072613.0