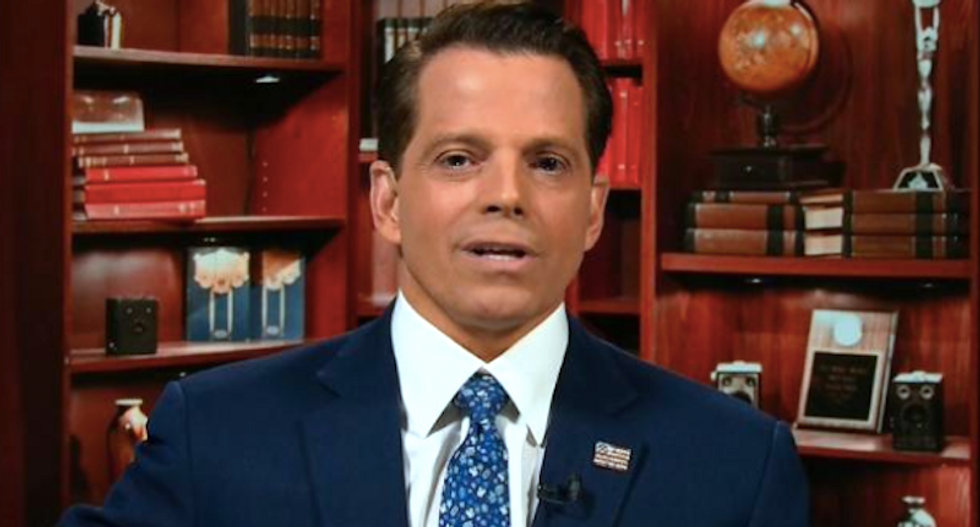 Scaramucci, who has recently abandoned his support for the president, told CNN's Alisyn Camerota that some current administration officials will soon turn on Trump and work against his 2020 re-election.

"It's a little bit like a cycle," Scaramucci said. "I mean, if you can get the cycle started, some people that are fear-based due to the president's bullying or the nonsense on his Twitter feed or how he handles himself personally, they're intimidated by him."

"One person said, well, if he goes down in the polls or is politically wounded a little bit, I'll feel more comfortable coming out," he added. "The truth of the matter is, if you come out and say the truth, that will start the process."

Scaramucci said he understood the reasons why Trump officials might continue to stand by the president, but he said they must eventually warn the public that the president is unfit for office.

"It's very tough for most people, I understand that," Scaramucci said. "It's a process for people because it's sort of, like, a loyalty trap. You're a Republican, you want to serve the president, you love the country. You know the president's unstable, so you're telling reporters, 'I'm here because it would be worse if I wasn't here.' It's sort of that sort of rhetoric going on inside the White House, inside the cabinet and up on Capitol Hill. They're saying well, 'I don't want to necessarily get primaried further to the right.'

Trump responded to Scaramucci with a barrage of insults on Twitter minutes after the segment ended.