Beto O’Rourke gets tons of praise after comparing Trump to ‘Nazi Germany’ and saying ‘Jesus Christ, of course he’s racist’ 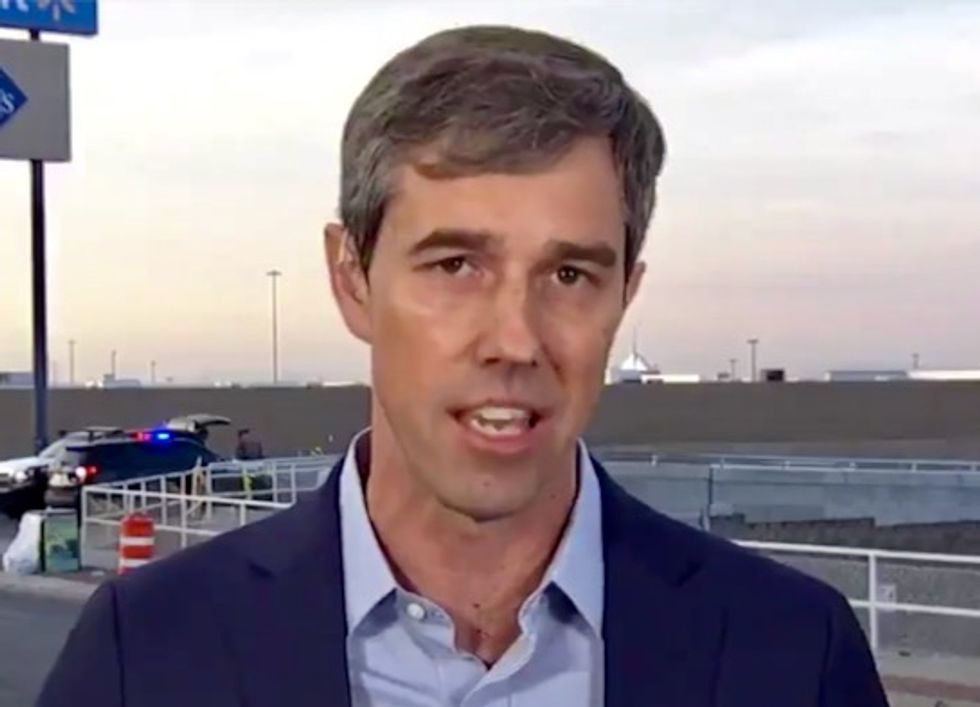 Many are praising Democratic 2020 presidential candidate Beto O’Rourke who, in an emotional state after the domestic terror massacre in his former congressional district of El Paso was asked an inane question by a reporter, and let loose, blasting the U.S. news media. Unrelenting, O’Rourke Monday morning then blasted the Trump administration, comparing it to Hitler’s Nazi Germany.

“Members of the press, what the fuck?” the former Texas Congressman replied Saturday when a reporter asked him, “is there anything in your mind the president can do to make things better?” (Audio here, video below.)

O’Rourke had reportedly just come from an El Paso hospital and seen the carnage.

“What do you think?” O’Rourke first replied, angrily. “You know the shit [Trump’s] been saying. He’s been calling Mexican immigrants rapists and criminals. I don’t know, like, members of the press, what the fuck?”

Monday morning on MSNBC O’Rourke also did not hold back.

Beto O'Rourke on @MSNBC a few moments ago: "Anyone who is surprised is part of this problem right now, including me… https://t.co/ppeACqfczp
— Julia Manchester (@Julia Manchester)1565010320.0

“The president has not been shy, he’s not been saying this behind closed doors,” O’Rourke told MSNBC’s “Morning Joe” crew. “All people of one religion, inherently defective and should be banned from the shores of this country,” he said, referring to Trump’s infamous Muslim ban.

“The only modern Western democracy that I can think of that has said anything close to this is the Third Reich, Nazi German. Talking about human beings as though they are animals, making them sub-human, to make it OK to put their kids in cages. We’ve lost seven children in our custody over the last year in this, the wealthiest, the most powerful country on the face of the planet.”

“Saying that he wants more immigrants like those from Nordic countries, the whitest places on the face of the planet. This president, his open racism is also an invitation to violence. We’ve seen a rise in hate crimes, every single one of the last three years.”

O’Rourke again then blasted the media.

“Anyone who is surprised is part of this problem right now, including members of the media who ask, ‘Hey Beto, do you think the President is racist?’ Well Jesus Christ, of course he’s racist. He’s been racist since day one.”

This president’s open racism is an invitation to violence. The writing has been on the wall since his maiden speech… https://t.co/iTeZuba950
— Beto O'Rourke (@Beto O'Rourke)1565010223.0

Many are excited and offering tons of praise: