Cincinnati mayor mocks Trump: ‘My son and I laughed watching him ask if I was a Democrat before attacking me’ 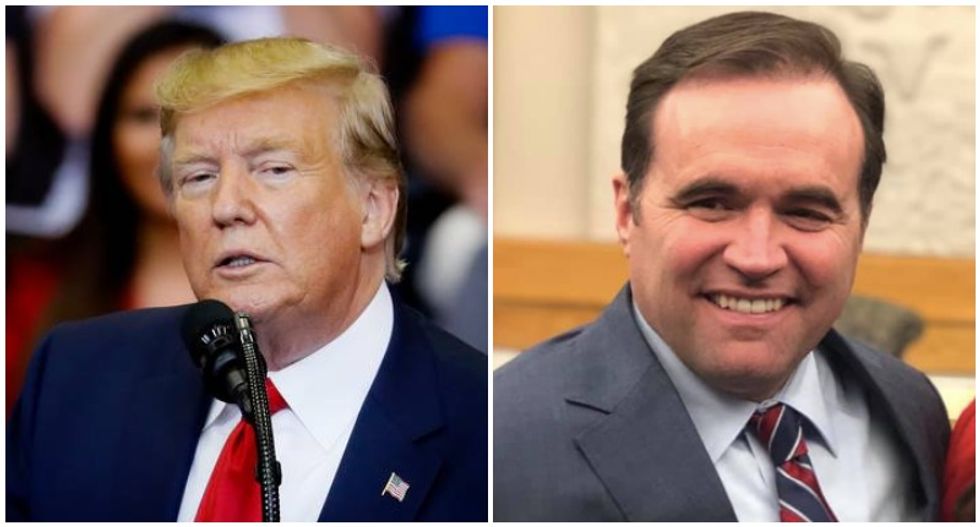 Cincinnati's mayor laughed off President Donald Trump's rally insults, and said his city has done better than the rest of Republican-led Ohio.

The president grumbled Thursday evening about Mayor John Cranley after protesters twice interrupted his rally at US Bank Arena, and Trump was caught on camera asking if Cincinnati had a Democratic mayor before linking him to the interruptions, reported the Cincinnati Enquirer.

“(My son) Joseph and I laughed this morning watching Trump on YouTube have to ask if the mayor was a Democrat before attacking me,” Cranley told the newspaper.

Cranley pointed out that Cincinnati, a blip of blue in mostly red Ohio, has generally done better than GOP-dominated areas.

"Ohio has been run by Republicans for decades and has been declining for decades," Cranley said.

"Since Cincinnati has been run by strong Democratic mayors – (Charlie) Luken, (Mark) Mallory and me," Cranley added, "we have bucked Ohio’s decline and are growing again because we embrace our diversity and have made meaningful public/private investments in education, infrastructure and jobs."