CNN anchor recaps Trump's 'head-spinning' presser: 'The only thing he's clear on is his never-ending support for Russia' 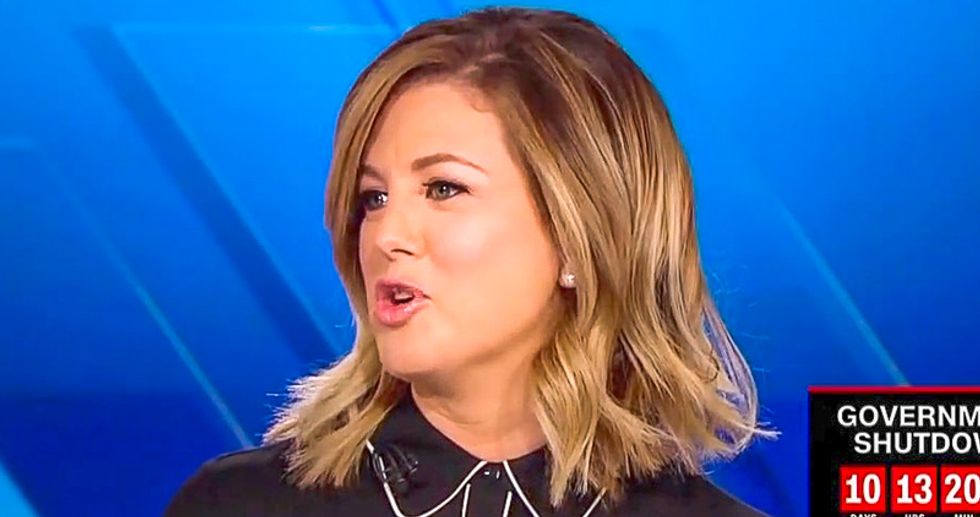 People are scratching their heads in the wake of President Trump's comments to reporters on the White House South Lawn this morning, and that includes CNN anchor Brianna Keilar.

Keilar described Trump's exchange with reporters as a "head-spinning question-and-answer session on a number of issues" that included "many falsehoods, and frankly, a lot of things that didn't even make sense."

Keiler pointed out Trump's multiple flip-flops on the subject of background checks for firearms, first supporting the process, then caving after speaking with the NRA's Wayne LaPierre -- only to tell reporters this morning that he supports them without providing any policy specifics.

"He then called female Danish prime minister 'nasty' for saying his idea to buy Greenland is absurd, even though it was never for sale," Keiler said. "And keep in mind, he's the one to cancel his visit to the U.S. ally."

"And then just 24 hours after saying he's considering a payroll tax cut to juice an economy he says it not showing any warning signs, he is now backtracking on that," she continued, referring to Trump's comments from this Tuesday where he suggested that the payroll tax cut was on the table.

And then there was Trump's tripling-down on his claim that Jews who vote against him are "disloyal."

"The only thing that he appears to be clear on is his never-ending praise for Russia," Keiler said, referencing Trump's comments yesterday to reporters where he said that Russia should be allowed back into the G-7 and should be invited to the G-7 conference in 2020.