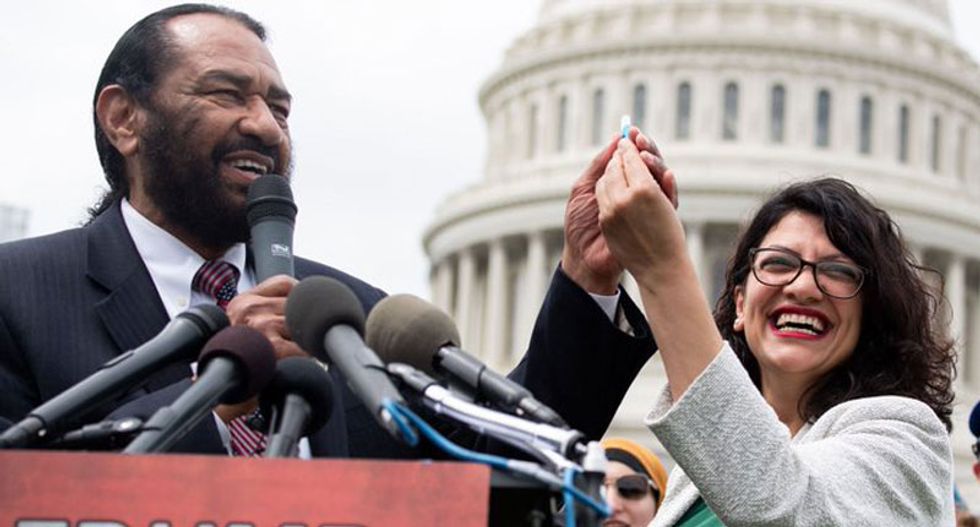 "Dozens of House Democrats are urging President Donald Trump to stop detaining and deporting Iraqi nationals after the death of a Michigan man sent to the Arab country," Politico reported Tuesday. "In a letter dated Tuesday, the lawmakers say Trump is risking causing more 'preventable deaths' if he continues the deportations. Many of the people targeted for removal are Iraqi Christians living in the United States who have not been to Iraq in many years. Christians face discrimination and persecution in the Muslim-majority country."

"We write to express our outrage and grief regarding the death of Jimmy Aldaoud, a Michigan man who was deported to Iraq in June and died on August 6th of a diabetic crisis," the letter read.

The 41 signatories argued, "to force a man living with chronic illnesses into an unknown country without adequate access to life-sustaining medicine is nothing short of a death sentence."

The letter noted multiple previous requests for action and answers.

"All of these requests have gone unanswered beyond a cursory acknowledgment. Your Administration's total failure to act calls into question its stated interest in protecting religious minorities, especially Christians, from persecution, and underscores the horrific consequences of your immigration policies," the letter noted.

"If your Administration continues to deport Iraqi nationals, it knowingly and willing risks more preventable deaths," the lawmakers warned. "As such, we implore you to end the detention and deportation of Iraqi nationals living in the United States without delay."