DOJ investigation of Comey shows that Trump's defenders 'should not be taken seriously': Former prosecutor 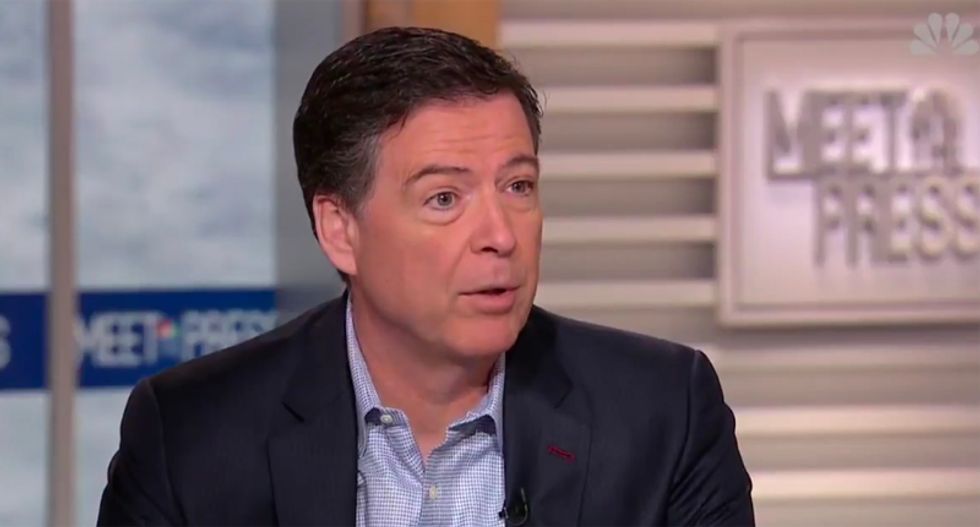 The release of the Justice Department inspector general's report lays to rest a long-held narrative from President Donald Trump and his supporters: that former FBI Director James Comey leaked classified information. The report does, however, find that Comey's decision to record his conversations with Trump was inappropriate under department guidelines.

But as former federal prosecutor Renato Mariotti explained, that is not the whole story. Comey's actions, he argued, should be viewed through the context of the norms Trump had broken:

1/ The bottom line from the DOJ IG report is that Comey did not follow DOJ guidelines but also did not disseminate… https://t.co/d4tZ42JJNU
— Renato Mariotti (@Renato Mariotti)1567087927.0

3/ Yes, it’s not normal to create memos of your conversations with the President and then cause portions of them to… https://t.co/3IF5tmWTQz
— Renato Mariotti (@Renato Mariotti)1567088053.0

4/ I appreciate that the IG was tasked with investigating Comey, not Trump. If Comey’s critics, who take Comey to… https://t.co/S0UrDib8Tr
— Renato Mariotti (@Renato Mariotti)1567088172.0