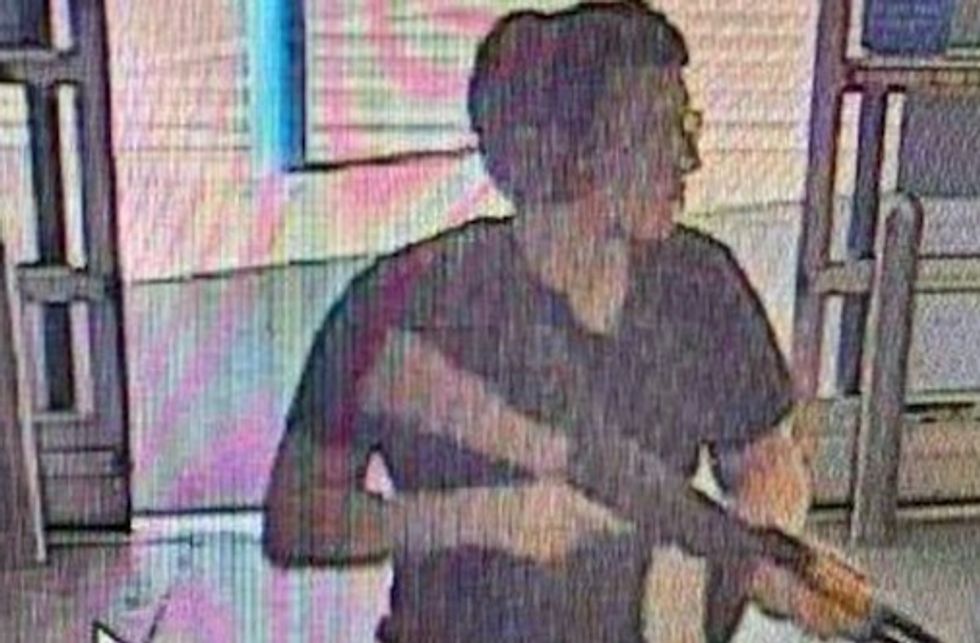 When the alleged gunman walked into an El Paso Walmart earlier this month to carry out the worst massacre of Hispanic people in recent American history, he went in with an assault weapon he said he bought from Romania, according to a Texas Department of Public Safety report obtained by The Texas Tribune.

The white 21-year-old suspect in the shooting told El Paso police shortly after his arrest that the Romanian AK-47 was sent to a gun dealer near his home in Allen, a suburb outside of Dallas. He also said he bought a thousand rounds of ammunition from Russia.

El Paso police have previously said that the AK-47 used in the shooting that killed 22 people was bought legally, but did not provide any additional details about its purchase. In a manifesto published just before the shooting, the alleged shooter said the rifle was a WASR-10, a semi-automatic version of a Romanian military AK-47 weapon. The DPS report obtained by The Tribune includes a summary of the suspect's interview with police, providing more details on the weapon and the suspect's actions in the racist slaying where he said he “wanted to shoot as many Mexicans as possible.”

DPS referred questions about the report to the El Paso Police Department, which declined to comment on the investigation. The suspect's lawyer did not respond to request for comment.

Gun experts said it’s common for people to buy imported firearms online and have them delivered through local gun stores, which complete the necessary background check. Though the suspect said he purchased the gun from Romania, they said he likely bought online a Romanian-manufactured gun that had been imported into the United States.

“Primarily the reason that people are attracted to these imports is that they’re less expensive,” said David Chipman, a senior policy advisor at Giffords, a national gun control group, referring to similar U.S. weapons like the AR-15.

The suspected shooter told El Paso detectives shortly after his arrest that the Romanian rifle was delivered to “Gun Masters” in Allen, where he picked it up, according to the report. There is no store with that name in Allen, but there is a Gunmaster gun shop in neighboring Plano.

Gunmaster’s owner couldn’t be reached Tuesday by The Tribune. Brian Park, the store’s gunsmith, said he didn’t know if the El Paso shooter received the AK-47 from his store. When a reporter mentioned the alleged shooter referenced a store called Gun Masters in Allen, Park said “that would be us.” But, Park added, he thought he would have heard if the shooter received his weapon from his store.

Gun imports are regulated by the U.S. Bureau of Alcohol, Tobacco, Firearms and Explosives, and high-powered semi-automatic weapons must be recognized as being used for “sporting purposes," not military use, to be admitted, according to a bureau guidebook. Last year, Romania exported about 9,000 semi-automatic rifles to the U.S., according to an Arms Trade Treaty report.

“Largely, today these styles of assault weapons are being characterized as sporting weapons,” Chipman said, adding that the interpretation varies in different presidential administrations.

Chipman said the importer for the WASR-10 was likely Florida-based Century Arms, which makes any modifications to ensure they’re U.S. legal and then transfers the purchased guns to a local dealer. Century Arms did not return calls or emails from the Tribune.

Michael Cargill, owner of Central Texas Gun Works in Austin, said the process is similar to buying a foreign car — but with an added federal background check of the buyer at the local store.

“Think of it like a BMW or a Mercedes,” he said. “You get it through a local dealer here.”

Ammunition bought online, however, can be shipped from overseas directly to your door if it’s legal in the receiving state, Cargill said. Only six states and Washington, D.C. have bans on possessing assault weapons, according to the Giffords Law Center to Prevent Violence. Texas is not one of them.

In addition to information about the weapon, the alleged gunman told detectives about his manifesto, seemingly confirming he wrote the hate-filled writings that described the attack as a “response to the Hispanic invasion of Texas.” After the discovery of the manifesto, federal authorities began investigating the shooting as an act of domestic terrorism.

According to the DPS report, the suspect told police he went into the Walmart, came back out to his car to finish and publish the manifesto, then walked back into the store to kill Hispanic shoppers.

The report also said the suspect, wearing ear protection and carrying an assault weapon, “was surprised no one challenged him or shot him” when he walked into the store. In Texas, no license is legally needed to openly carry a rifle in public. He also said that, after the shooting, he left in his car and called 911, but he couldn’t get through to a dispatcher. He told detectives he was returning to the store to surrender when he encountered Texas Rangers.