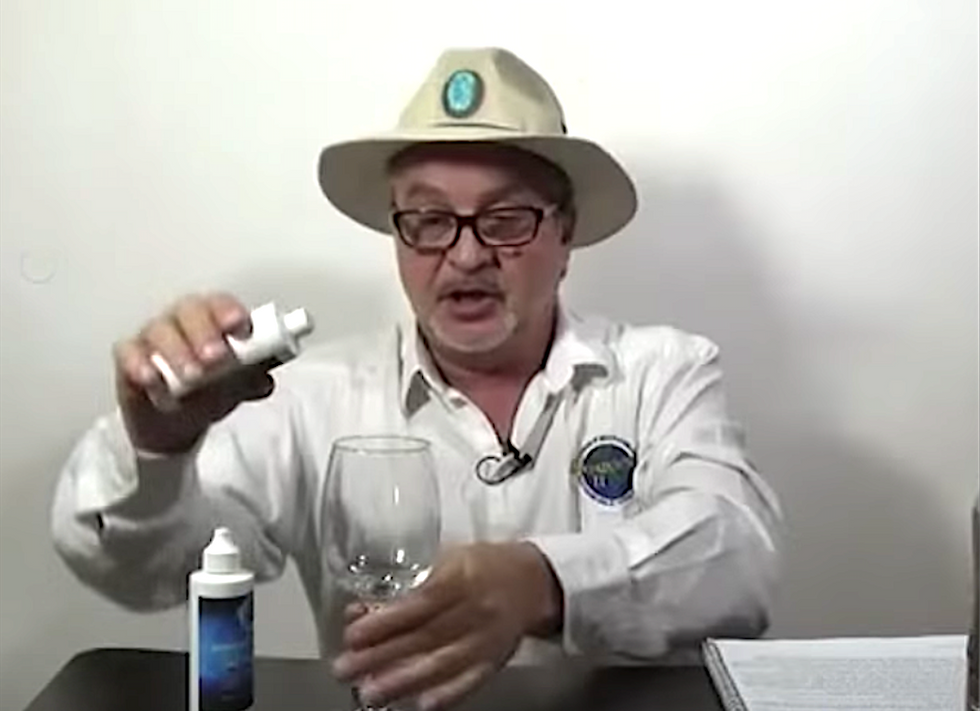 In 2016, an ABC News affiliate out of Los Angeles went undercover inside the Genesis II Church of Health and Healing in Costa Mesa, California. What they found was a Christian cult that pushed a mix of pseudoscience, conspiracy theories, and toxic chemicals marketed as miracle cures.

Now, the FDA is issuing a warning about one of the products the church is still pushing on its flock, known as MMS, or "Miracle or Master Mineral Solution."

The church claims the product can cure anything from the common cold to cancer, but according to the FDA, it's nothing more than a very "potent bleach."

"The FDA recently received new reports of people experiencing severe vomiting, severe diarrhea, life-threatening low blood pressure caused by dehydration and acute liver failure after drinking these products," the agency stated in a press release from this Monday. "The FDA is not aware of any scientific evidence supporting the safety or effectiveness of MMS products, despite claims that the solution is an antimicrobial, antiviral and antibacterial. The FDA encourages consumers to talk to a health care professional about treating medical conditions or diseases."

But according to self-described "Archbishop" of the church, Mark Grenon, "Jesus heals you" when you drink the product.

"Yeah, I got people, we're curing people of major stuff just from that," Grenon said in 2016 during a church seminar. "Just with the one drop an hour -- from prostate cancer to brain cancer to autism."

MMS, which has been sold by purveyors of pseudoscience other than Genesis II, has brought serious consequences. When Doug Nash's wife Sylvia Fink drank the product back in 2009, "it caused her death in 12 hours."

During a trip to the South Pacific, Nash says another couple sold Sylvia a bottle of MMS, telling her it would prevent malaria.

"All of a sudden I heard her -- 'yeck... that tastes awful.' When she swallowed it, she reacted to its terrible taste," Doug told ABC 7 back in 2016. "Within 10 to 15 minutes, she was starting to tell me she didn't feel good. And from there, she got worse and worse in terms of nausea and vomiting and diarrhea."

Trapped in a remote area, Nash called for help, but it was too late.

In its press release, the FDA promised to "continue to track those selling this dangerous product and take appropriate enforcement actions against those who attempt to evade FDA regulations and market unapproved and potentially dangerous products to the American public."

"Our top priority is to protect the public from products that place their health at risk, and we will send a strong and clear message that these products have the potential to cause serious harm."