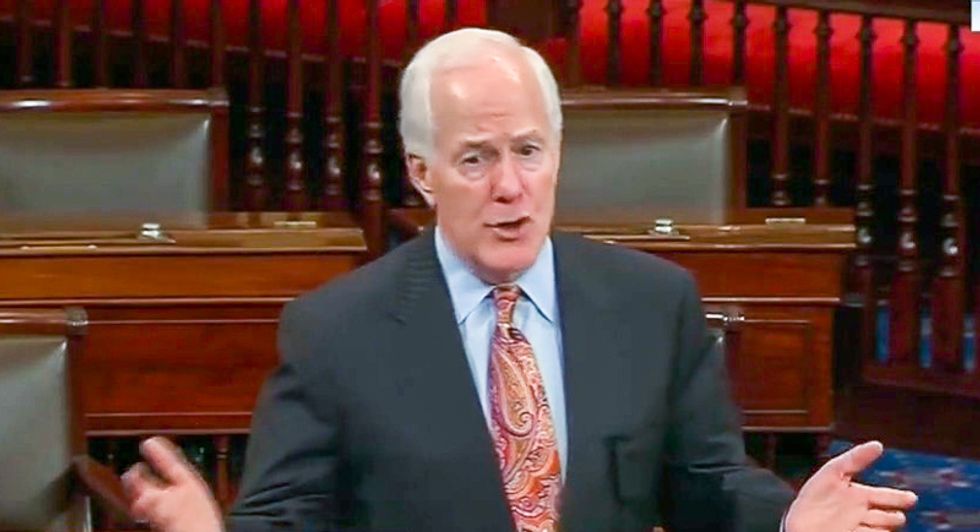 In June, thousands of hacked emails stolen from Perceptics — a company that manufactures LPR cameras — were published online. And those emails, according to a report by Lee Fang for The Intercept, show the role corporate lobbyists have played in the demand for security-related technology near the U.S./Mexico border.

LPR stands for “license plate reader,” and Perceptics is a major provider of LPR cameras. Perceptics, earlier this year, sold LPR cameras to the federal government. And the hacked emails show how aggressively Perceptics lobbied Republican politicians to purchase the equipment.

One of those Republicans, according to The Intercept, is Rep. Chuck Fleischmann of Tennessee. In April, Fleischmann questioned Kevin McAleenan (who headed the Department of Customs and Border Protection at the time) during a House Appropriations Committee hearing and wanted to know if McAleenan was on schedule to implement an upgrade of LPR technology at the border — and in one of the hacked emails, a Perceptics lobbyist notified her team that Fleischmann had “asked about CBP’s plan to modernize its LPRs as we asked his office to do.” The email, Fang reports, even included a link to video clip of Fleischmann speaking to McAleenan during the hearing.

After the hack, the Department of Customs and Border Protection (CPB) suspended its contract with Perceptics.

Perceptics, according to The Intercept, was lobbying Republicans well before 2019. In June 2018, Lucia Alonzo (chief of staff for a lobbying firm Perceptics was working with, Ferox Strategies) discussed two immigration bills that former House Speaker Paul Ryan had planned votes on. Alonzo wrote, “In summary, we have ensured that BOTH of the immigration bills headed for votes in the House authorize $125 million for LPR modernization, adding more weight and urgency to our request for appropriations funding LPR modernization.”

Of course, companies specializing in security technology have a long history of lobbying Democrats, as well. Drew Brandewie, a spokesperson for Republican Sen. John Cornyn of Texas, discussed the role LPR technology played in a bipartisan immigration bill in 2013 — telling The Intercept that “LPR technology has been deployed on the border for a long time and has been included in many immigration/border security bills and supported on a bipartisan basis.”