If Republicans oppose Trump they can help prove any support of the president is phony: Conservative 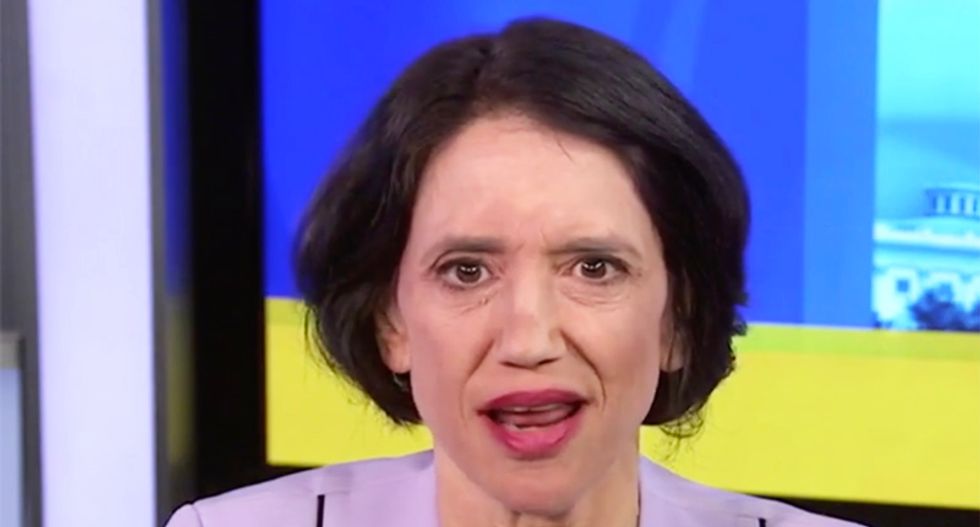 In a scathing column Wednesday, conservative writer Jennifer Rubin explained that one of the best ways Republicans can help what's left of the GOP is by opposing Trump to prove support for him is a lie.

A report in The Washington Post revealed some "Never Trump" Republicans are thinking of running against the president, even if they have no chance in winning.

“The anti-Trump movement inside the Republican Party — long a political wasteland — is feeling new urgency to mount a credible opposition to [President]] Trump before it’s too late," reported Phil Rucker and Robert Costa. "With state deadlines for nominating contests rapidly approaching in the fall, potential candidates face pressure to decide on running within the next few weeks.”

Trump is unbelievably popular among Republicans that haven't left the party over the last several years. Republican officials who have opposed Trump have been leaving the party or retiring from their office. Voters are fleeing the GOP as well.

"Registered Republican voters in the country are on the verge of being overtaken by independent voters, according to data from July 2018. Registered Democrats, meanwhile, outnumber Republicans nationwide by some 12 million," The Oregonian wrote last year.

Both parties assumed that Republican loyalty would waiver after special counsel Robert Mueller's report declared Trump was not exonerated and there was evidence he coordinated with Russians and obstructed justice. The 90 percent approval stuck.

"Escalating fears of a recession (along with Trump’s erratic, unhinged reaction to those fears) and signs of Trump’s emotional meltdown (e.g. refusing to visit Denmark because it would not sell Greenland to the United States, his anti-Semitic accusation of Jews’ disloyalty) provide Republicans every reason to worry that he will drag the party under," Rubin wrote Wednesday. "To make matters worse, poll results show a mammoth gender gap, loss of support from white women and Trump consistently losing to several Democratic candidates in a head-to-head contest."

If the bottom drops out of the economy, the GOP might then begin looking for a Plan B, she explained. Rubin warned they should get ready.

"And even if you think there is zero chance that any of the Trump alternatives can win a single delegate or a substantial number of votes, the presence of these alternatives is critical to the country and the future of the party," she wrote. "There is some benefit to having Republican voices make the case against Trump from the right on everything from taxes to Russia policy. This might embolden voters to switch parties and/or suppress enthusiasm among Republicans for his reelection. Much more important, providing alternatives makes clear who in the party is an irredeemable Trump apologist."

Rubin thinks that if another Republican is in the race to take away the idea that conservatives are only supporting Trump for judges and tax cuts, his voters will be forced to reckon with Trump's racism, sexism, cruelty, dishonesty and unhinged behavior.

"In choosing Trump and not another Republican who’d pursue their issues with none of the toxic qualities Trump embodies, they identify themselves as enablers of all those vile qualities, lose any plausible excuse that they are simply prioritizing one issue (e.g. abortion) and expose themselves as flunkies for a president with no redeeming features," Rubin explained.

"So, by all means, Republicans who reject Trump and Trumpism should enter the race, even if their chances of success are slim to none. They would help us clarify motives, make distinctions and emphasize that the excuses for supporting Trump are largely insincere," she closed.