'Leave him alone -- you're pathetic!' Racist gets owned by a Good Samaritan after harassing boy on subway 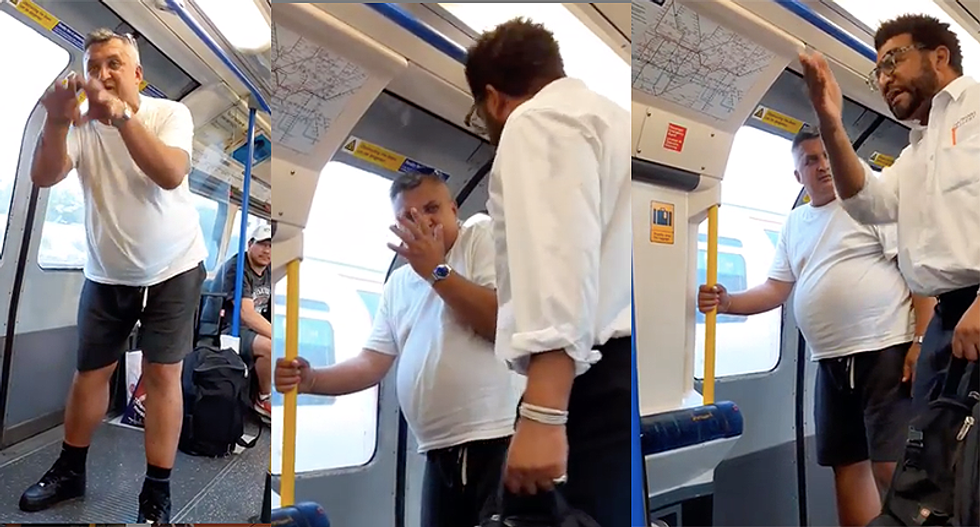 Morning commuters are heralding a "hero" subway passenger after he intervened in an exchange between a young boy and a "drunk man" hurling racist insults.

According to a video posted by "The Sun," a white man was recorded on a commuter train in the U.K. as he was berating the boy.

The footage came from Lex Blondin, who posted the video on Instagram. It's now been seen over 15,000 times. "Watch this nasty racist as*hole get shut down by an absolute hero!" he said in the description of the video.

"What's the point of being racist?" Blondin can be heard off-camera asking the man.

"I'm a racist because you're stupid," the man responded.

The young boy explains he was minding his own business and hadn't provoked the older man when the attacks began.

"You are doing something, you're a citizen here for some reason," the man shot back.

That's when a bystander walked into the scene, telling the older man to be quiet.

"You need to shut up, you've been disturbing this boy for a long time and we're all getting f*ck off with you," the bystander said. "You're drunk. Leave him alone, alright? You're clearly f*cking racist. Leave him alone! We're all sitting there calm, and someone has to say something to you because you're ridiculous. You're pathetic."

Finally, at the end, the man moved off of the train and the train erupted into applause, Blondin described.

Watch the clip of the video below:

Watch this nasty racist Arshole get shut down by a an absolute hero! He got taken out of the tube at the next stop as well, massive applause ensued. I wish I could have done exactly that but I don't have quite the shoulders for it... Well anyway: Mega hero :1 Mega arsehole racist :0