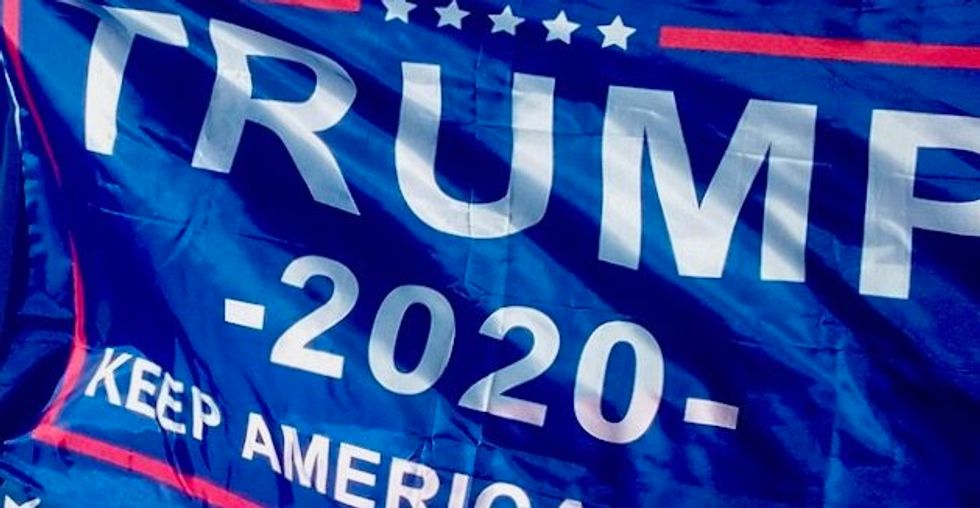 Students at the first meeting of a Bakersfield, California high school's Gay-Straight Alliance were allegedly harassed and bullied by students from another group who were holding "Make America Great Again" flags. A verbal confrontation broke out at Frontier High School, and parents are now demanding answers and accountability. "Make America Great Again" is the campaign slogan of President Donald Trump.

One of the student's parent's posted a description of what allegedly happened, as 23ABC News reports. In that Facebook post the parent says the GSA students were met by students from the Future Farmers of America, a group that is supposedly not political, but President Donald Trump addressed its attendees at their annual meeting last year.

The FFA students, described as the "straight kids," were holding hands and shouting, "this is what's right." They also had "Make America Great Again," or MAGA, flags, the Facebook post says. The parent adds their son says there's "tension" between the members of the FFA group and "any kids they’ve determined as liberal."

"I want these kids punished," the parent adds, referring to the FFA group's members.

The Kern High School District issued a statement saying it and "Frontier High School recognize that students have varying viewpoints and opinions. One of the goals of the educational process is to teach students how to communicate respectfully. The reported incident that occurred on Wednesday afternoon at Frontier High School is currently being investigated. Once the investigation is complete, appropriate follow-up measures will be taken."

One of the students allegedly accused of harassment, identified only as "Matthew," "said he and his group of friends were suspended from Frontier High School for harassment, intimidation and sexual harassment, but maintains he did not want to start a fight."

Image by Gilbert Mercier via Flickr and a CC license