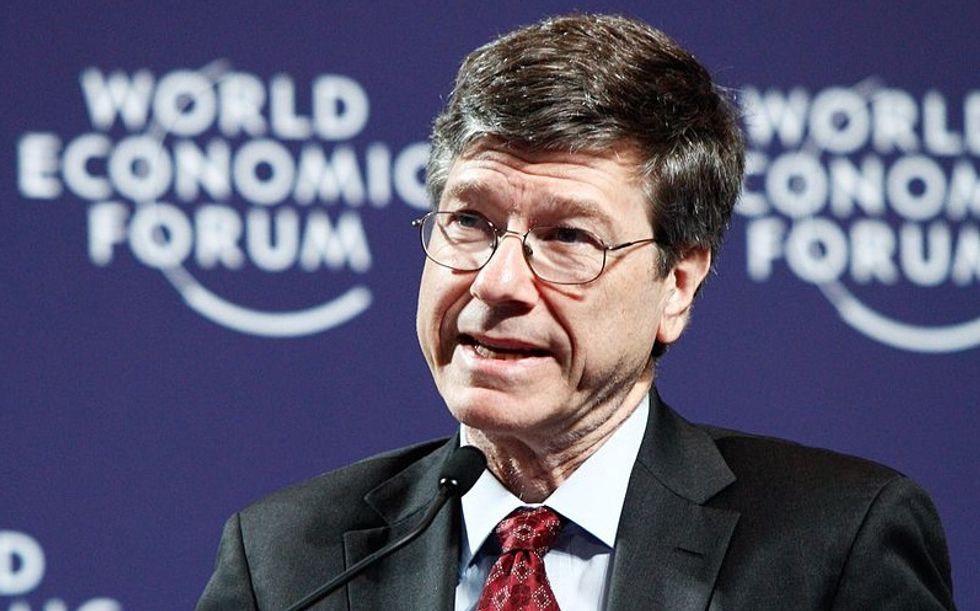 Economist Jeffrey Sachs, a professor of Health Policy and Management at Columbia University, has written a frightening warning about President Donald Trump's "paranoid and psychopathic" leadership style, and he says it could have disastrous consequences for the world if he wins a second term.

In an essay published at progressive news website Common Dreams, Sachs argues that it would be a grave mistake to treat Trump like a cynical politician, when in reality he is an impulsive and vindictive narcissist who acts on his angry whims.

"The situation is far more dangerous," Sachs explains. "Trump is mentally disordered: megalomaniacal, paranoid, and psychopathic. This is not name-calling. Trump’s mental condition leaves him unable to keep his word, control his animosities, and restrain his actions. He must be opposed, not appeased."

Sachs then explains why Trump's policies toward Iran, which have been spurred on by both national security adviser John Bolton and Secretary of State Mike Pompeo, are the biggest potential powder keg that could set off a global disaster.

"Trump’s economic war with Iran threatens an even larger conflict," he writes. "Before the world’s eyes, he is attempting to strangle the Iranian economy by cutting off its foreign-exchange earnings through sanctions on any firm, US or otherwise, that does business with the country. Such sanctions are tantamount to war, in violation of the United Nations Charter. And, because they are aimed directly at the civilian population, they constitute, or at least should constitute, a crime against humanity."

Sachs concludes by telling European officials to remain firm in opposition to Trump, as giving into his demands will not satiate his desire for vengeance.

"They should recognize that a significant majority of Americans also oppose Trump’s malignant narcissism and psychopathic behavior, which has unleashed a contagion of mass shootings and other hate crimes in the US," he writes. "By opposing Trump and defending the international rule of law, including rules-based international trade, Europeans and Americans together can strengthen world peace and transatlantic amity for generations to come."