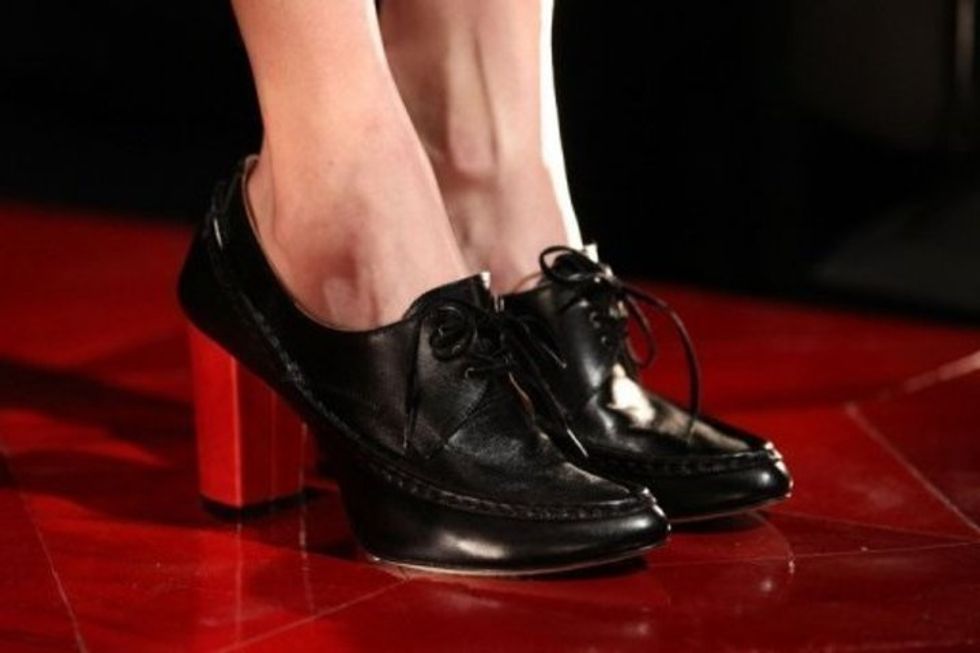 President Donald Trump's new tariffs on China are a "job killer," US shoe companies warned Wednesday pleading for them to be removed.

In a sharp deterioration in the US-China trade war, Trump last week ramped up the punitive duties for the vast majority of US imports from China.

The five percent increases, which will take the tariffs to 15-25 percent, and are due to roll out in stages through December and target some popular items, such as laptops, mobile phones and some shoes.

More than 200 footwear manufacturers and retailers, including major brands such as Nike and Foot Locker, signed onto the letter alerting that the new tariffs could cost US consumers an additional $4 billion a year and increase the chances of an economic downturn.

"We've been telling the White House since the beginning that tariffs will be paid by Americans in the form of higher prices, and that due to our already high import taxes, this will be a job killer," Matt Priest, president of the Footwear Distributors and Retailers of America, said in a statement.

The group directly disputed Trump's claim that China is bearing the cost of the tariffs.

"There is no doubt that tariffs act as hidden taxes paid by American individuals and families," the letter said.

Long a powerful voice in Washington, US industrial lobbies have been unable to persuade Trump to avoid escalating his year-old trade war with China.

Economists say the friction has begun to sap US business confidence and investment plans, raising the risk of a recession.

The footwear companies agreed, warning in their letter Wednesday that uncertainty caused by the confrontation with Beijing was rattling the wider economy -- a sensitive subject as Trump seeks reelection next year.

"An economic downturn will take away disposable income from US consumers, even as they have to pay more for products," they said.

Already high US import duties on footwear have continued to rise in recent years even as shoe prices have eased, according to the letter, meaning new tariffs almost certainly will be passed onto consumers.

Trump has blown by turns hot and cold this month, thundering last week that US companies should withdraw from China but optimistically predicting a deal on Monday.

Trump's recent, more moderate tone helped stanch bleeding on Wall Street but was quickly met with skepticism by investors since Beijing did not seem to share that optimism.