REVEALED: Nazi-saluting Orange County teens have been doing it for several years -- without punishment 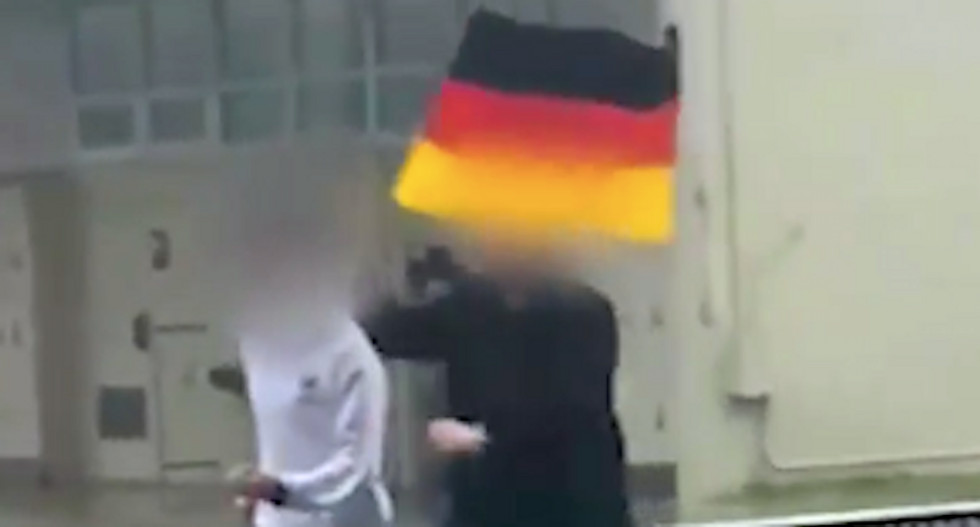 More videos have surfaced showing students at a Southern County high school making Nazi gestures, and school officials are apologizing for the way they've handled the situation and re-opening an investigation.

Three new videos that came out Wednesday show students on school grounds at the Garden Grove high school giving Nazi salutes, wrapping themselves in a Confederate flag and making Nazi salutes while marching with a German flag.

Two of the videos were recorded last year, and one was made three years ago, but at least some of the students shown remain at the Orange County school.

It's not clear whether any of the students were shown in the water polo team video.

The school's principal, Steve Osborne, said administrators learned of the additional videos Wednesday morning and decided to re-open the investigation, but parents and students are upset about their handling of the water polo team video.

Students involved in that incident were disciplined, but teachers and parents were not notified of the situation at the time.

Additional police security was in place Tuesday night at the school board meeting, where parents complained about the situation.

"You had an obligation to let us know about this event," said parent Randy Steiner. "You failed miserably."

Osborne apologized at the meeting, and pledged more transparency the following morning when additional Nazi videos came to light.

Teachers are also demanding a stronger role in helping to change the school culture, saying the apparent white nationalism problem must be addressed and rooted out.

"We have to acknowledge that this is something that's in our community that we need to address," said Pacifica teacher Adam Wemmer, "and as teachers we hope to address it with the curriculum."

Students at another Orange County high school were suspended earlier this year after photos went viral showing them playing beer pong with cups arranged in a swastika, and with the teens extending their arms in Nazi salutes.

The TV station reported that some Pacifica students, including others not involved in the Nazi videos, have received death threats since they received media attention, but KABC did not provide any specifics about those threats or the targets.