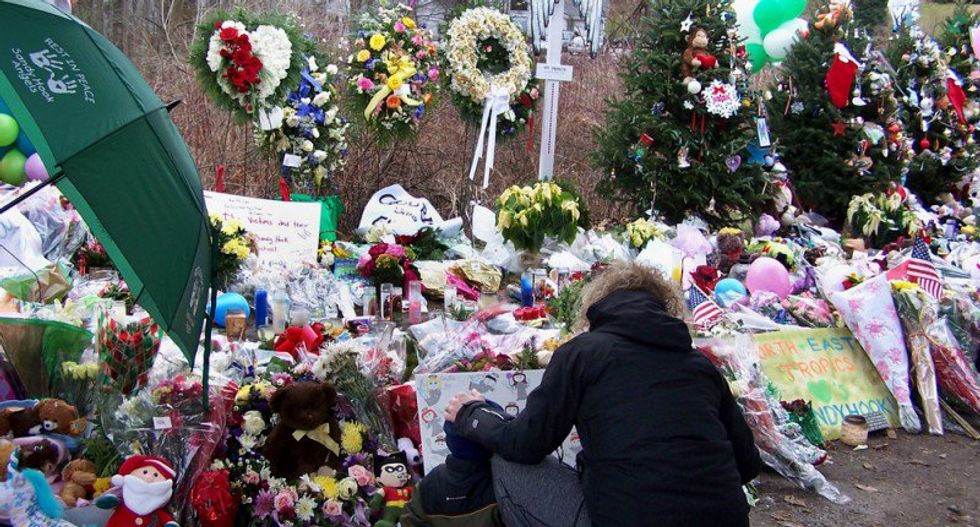 The New York Times editorial board doesn't want to refer to attacks on Americans with guns "mass shootings." Instead, they want to officially begin referring to them as domestic terrorism.

In a scathing editorial, the board explained that these mass shootings, indeed most mass shootings, aim to promote terror. Americans are, in fact, terrorized by the mass shootings. If these incidents were committed by radical Islamists in the name of ISIS, the American government and international allies would act.

"The awesome power of the state would work tirelessly to deny future terrorists access to weaponry, money and forums to spread their ideology," The Times explained. "The movement would be infiltrated by spies and informants. Its financiers would face sanctions. Places of congregation would be surveilled. Those who gave aid or comfort to terrorists would be prosecuted. Programs would be established to de-radicalize former adherents."

The paper noted that "thoughts and prayers" would be unacceptable to most Americans after incidents.

"No American would accept laying the blame for such an attack on video games, like the Texas lieutenant governor, Dan Patrick, did in an interview on Sunday when discussing the mass shooting in El Paso that took 20 lives and left 27 people wounded," the board wrote.

If the shootings came at the hands of a specific nationality, anyone matching that nationality would be cornered in public and demanded to account for the atrocities at the hands of "you people." Instead, terrorized Americans move forward to face another day and another mass shooting.

"Even a casual observer today can figure out what is going on," The Times editorial board wrote. "The world, and the West in particular, has a serious white nationalist terrorist problem that has been ignored or excused for far too long."

The board recalled the days following the Sept. 11, 2001 attacks, when former President George W. Bush said that the United States lost its innocence, in a way.

We must be a country "awakened to danger and called to defend freedom. Our grief has turned to anger, and anger to resolution," Bush said.

"There are serious questions about how the United States has approached Islamic extremism, but if even a degree of that vigilance and unity of effort was put toward white nationalism, we'd be safer," the board said.

While the attacks by white nationalists might be localized, the ideology is a global one, The Times explained.

"On Saturday, a terrorist who, according to a federal law enforcement official, wrote that he feared a 'Hispanic invasion of Texas' was replacing white Americans opened fire in a Walmart in El Paso," the board wrote. "In a manifesto, the gunman wrote that he drew some inspiration from the white nationalist terrorist attack in Christchurch, New Zealand, that left 51 people dead. The F.B.I. is investigating the El Paso mass shooting as a possible act of domestic terrorism. The motive behind another mass shooting in Dayton, Ohio, is under investigation."

This wasn't the first time this year. In April a terrorist opened fire at a synagogue in Poway, California. The terrorist echoed the Christchurch terrorist in New Zealand and the attack on a Pittsburg synagogue last year. The New Zealand terrorist recalled terrorist attacks in Norway, the U.S., Italy, Sweden and the U.K. as well.

"An investigation by The Times earlier this year found that 'at least a third of white extremist killers since 2011 were inspired by others who perpetrated similar attacks, professed a reverence for them or showed an interest in their tactics,'" the board wrote.

In other words, it's a transnational terrorist group that calls on followers to kill and promote their ideology.

Meanwhile, sites like 4Chan and 8Chan have given platforms to white nationalists to organize around their ideology. Before those sites was Stormfront, a bulletin board site for white supremacists dating back to 1996. The neo-Nazi site, the Daily Stormer, has helped to spread the ideology for years. Dylann Roof, who killed members of a black church in Charleston, South Carolina in 2015 had accounts on Stormfront.

"Yet, in recent months, conversations in one anonymous 8chan forum in particular have evolved," the board noted. "They increasingly focus on carrying out acts of white nationalist terror. In the wake of the Christchurch shooting, copycat killers have taken to the board to seek approval for acts of violence. They post hastily written manifestoes in the hopes that these rantings will be shared online and by the media — and inspire more shootings."

Former neo-Nazi Christian Picciolini warned that this is likely only the beginning. These terrorists want to "outdo" former Oklahoma City bomber Timothy McVeigh.

Anyone affiliated with these groups, anyone who allows it to propagate, is complicit, The Times explained.

"Those people who encourage terrorism anonymously online should be named," the editorial said. "Those who sympathize with the white nationalist ideology but who deplore the violence should work closely with law enforcement to see that fellow travelers who may be prone to violence do not have access to firearms like semiautomatic assault-style weapons that are massively destructive."

The editorial closed by saying there is no middle ground on these issues anymore.

"There can be no middle ground when it comes to white nationalism and the terrorism it inspires. You're either for it or against it."

Read the full post at The New York Times.