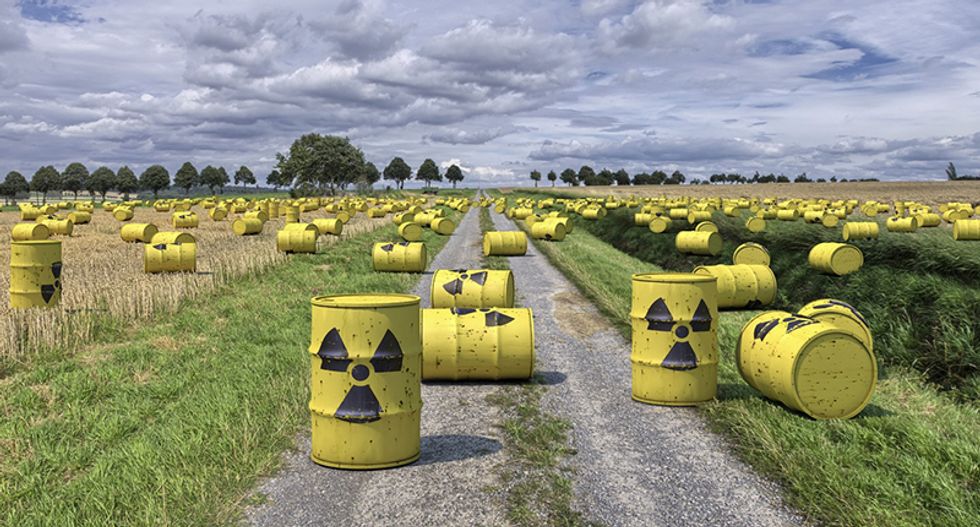 Why is there plutonium in the soil of a national wildlife refuge that is five times higher than the rate that demands a "clean up?" It's a question Colorado state health officials are examining Tuesday after their soil sample readings showed 264 picocuries-per-gram found in Rocky Flats National Wildlife Refuge.

The Denver Post reported the findings of the radioactive substance, but toxicologists at the Colorado Department of Public Health and Environment said they don't believe "there is an immediate public health threat."

The site explained that the standard for toxic cleanup of the Rocky Flats plants was 50 picocuries per gram.

“We do believe that further sampling and analysis is needed to assess what this elevated sample may mean for long-term risks, and whether it is an isolated instance or a sign of a wider area of relatively high contamination,” said the department's director of hazardous materials, Jennifer Opila. “We are taking the sample result seriously because it is much higher than previous samples in the vicinity and higher than the cleanup standard.”

The testing came after the toxic substance was discovered last week and scientists sought further tests. That's when they learned the dangerous degree they were dealing with on the public land.

The area was the site where triggers for nuclear weapons were made for over 40 years.

Citizens are already starting to worry and they fear the Environmental Protection Agency is no longer in the business of keeping people safe.

Bill Ray, executive director of the Jefferson Parkway Public Highway Authority, also told Denver7 that a second test that was done showed a lower level. The "inconsistent testing results from one soil sample" is now posing questions to the viability of the tests and what could be going on in the area.