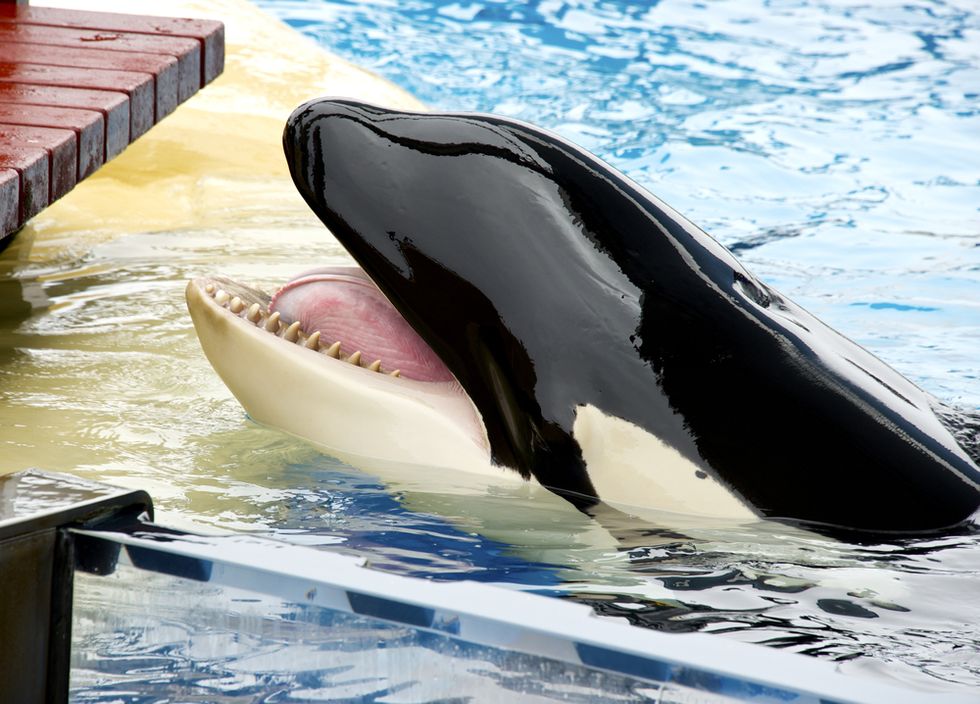 Russian environmentalists celebrated a "huge victory" on Tuesday after the last of a group of killer whales kept in a notorious facility were released into the sea following year-long captivity.

But 75 beluga whales still languished in pens in the so-called "whale jail" in the Russian Far East, and the question remains whether Russia's controversial practise of catching wild marine mammals for the aquarium industry will be banned.

The All-Russian Fisheries and Oceanography Institute, or VNIRO, has released a total of 10 killer whales, or orcas, and 12 of 87 beluga whales since June, sending them on an arduous 1,800-kilometre (1,120 mile) route by truck and boat.

On Tuesday, VNIRO said in a statement that the last two killer whales and six of the belugas had been released into the wild.

"All 10 orcas from the Srednyaya Bay (facility) have been set free," it said.

The fisheries institute earlier said it has prioritised releasing the killer whales over the summer, as belugas are a more resilient Arctic species that can be taken to the ocean in the colder months.

Environmentalists and marine mammal researchers had criticised the way the initial releases were handled.

Greenpeace said the fourth release on Tuesday was more transparent to the public, while demanding that Russia "publish plans for the release of the remaining belugas".

More importantly, activists are alarmed that the fishing industry is once again applying for permits to catch wild belugas next year.

"If the wild catch of whales and dolphins for educational and recreational needs isn't banned, we could be in a situation where the 'whale jail' situation repeats itself in a year or two," Greenpeace campaigner Ovanes Targulyan said.

The scandal over the secretive facility packed with young orcas and belugas broke early this year after photos appeared in the media of the animals struggling to swim in ice-encrusted waters.

Russian President Vladimir Putin eventually ordered officials to resolve the situation and oversaw the first release of whales in June.

The aquarium industry has for years used a loophole in Russian law allowing it to catch wild orcas for "educational" purposes but in fact ship them abroad.

The firms that own the whales admitted they had plans to sell them to aquariums, particularly in China, where there is a boom in such sea life centres.

Russian NGO Sakhalin Watch, which has fought to release the whales, called Tuesday's release "without exaggeration, a huge environmental victory", achieved despite "signed contracts with Chinese buyers" for the Russian orcas.

Both killer whales and belugas are highly intelligent and sociable animals whose captivity has been deemed unethical by many Western countries, forcing companies like SeaWorld in the US to announce they will phase out using orcas.