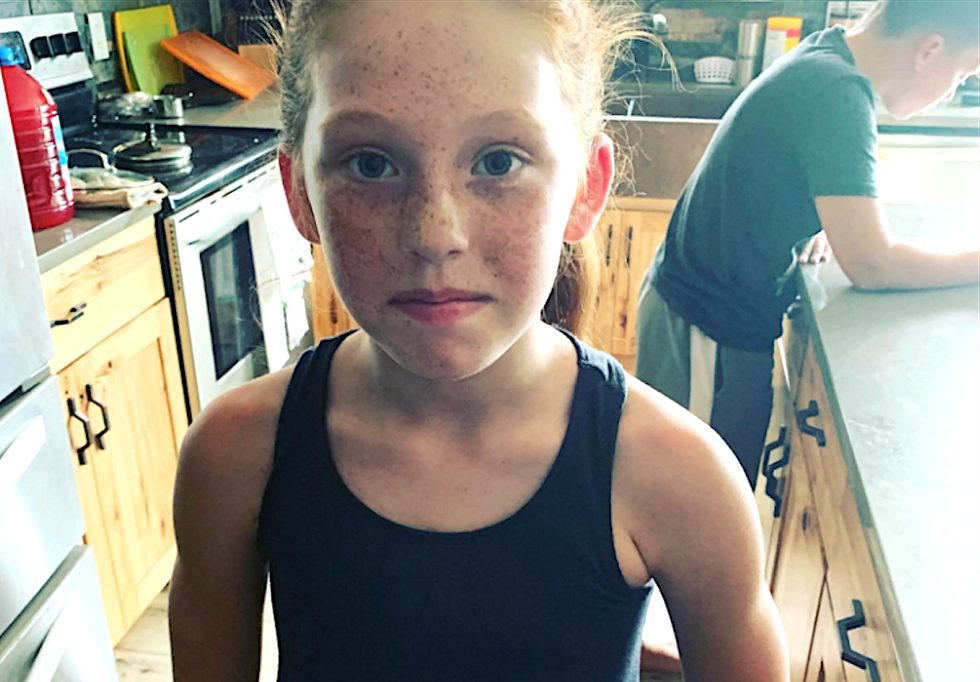 Speaking to Yahoo Lifestyle, a Florida mom said that last Wednesday her daughter's school told the 9-year-old to cover up her tank top with a hoodie because the tank top was too distracting for male students.

But instead of calling the school to complain, Kate Darrow, her daughter, son, and a few friends staged a "peaceful protest."

On Monday, Kate's daughter wore a T-shirt to school which read, "Right to bare shoulders." Her older son, and two other students wore shirts with the slogan, "Real men aren't distracted by shoulders."

“My friends and I came up with the idea for the shirts. We thought it would be somewhat of a ‘peaceful protest,’” Kate tells Yahoo Lifestyle. “I had no idea it would get to where it has.”

According to the school's Student Handbook, "shirts must cover midriff area and may not have spaghetti or thin straps less than 2 inches." But as Kate's husband Rob points out, the dress code's language specifically targets girls and suggests women "should behave in a way that doesn’t disturb or distract men."

“If someone is distracted because a female is showing her shoulders, someone needs to tell that boy, ‘You need to be able to focus yourself and women are not objects,’” Rob said.

Kate added that the school's dress code is "bringing the wrong idea to these girls that they are responsible for what a boy does."

School administrators are reportedly looking into what happened.