Taliban deal must ensure Afghanistan not 'sanctuary' for extremists: top US general 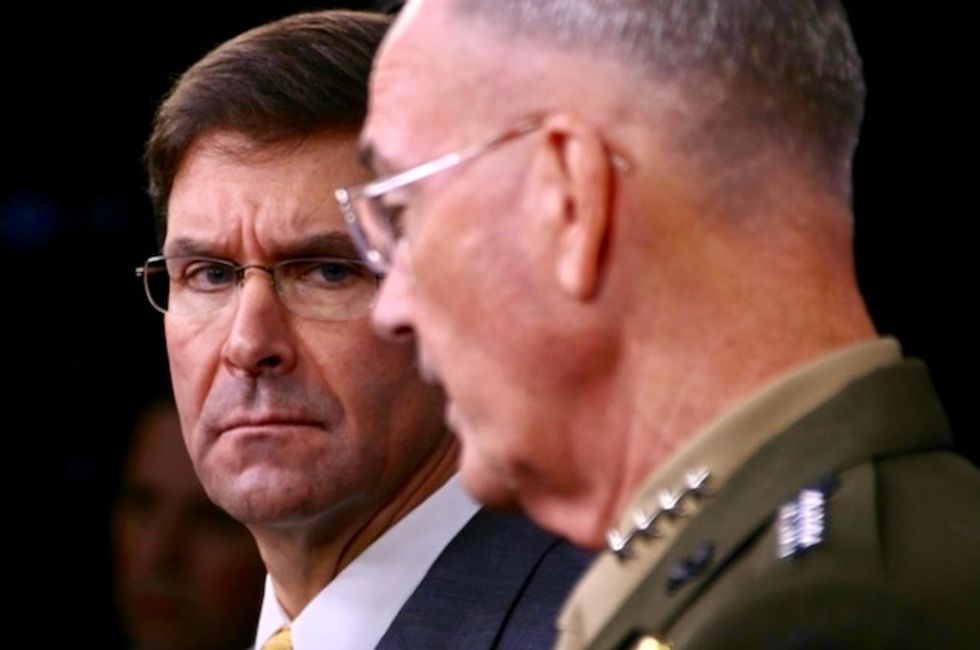 The Taliban must ensure that Afghanistan does not become a sanctuary for extremists before the United States withdraws troops, the top US general said Wednesday.

"I'm not using the 'withdrawal' word right now," General Joseph Dunford, chairman of the Joint Chiefs of Staff, told reporters as the United States negotiated with the militants in Qatar.

He said any deal should also lead to dialogue between the Taliban and the Afghan government for a broader peace agreement.

Defense Secretary Mark Esper, standing next to him, also said the deal must guarantee that Afghanistan "is no longer a safe haven for terrorists to attack the United States."

The United States is negotiating with the militants to pull out troops first sent after the September 11, 2001 attacks carried out by Al-Qaeda, who enjoyed shelter by the former Taliban regime.

The United States has consistently said it does not want Afghanistan to be a haven for extremists as it fought the Taliban and prop up the internationally backed government in Kabul.

But Dunford said it was clear that there needed to be a negotiated solution.

"I think any of us who have served there have long known that what's going to be required is a negotiated peace settlement," he said.