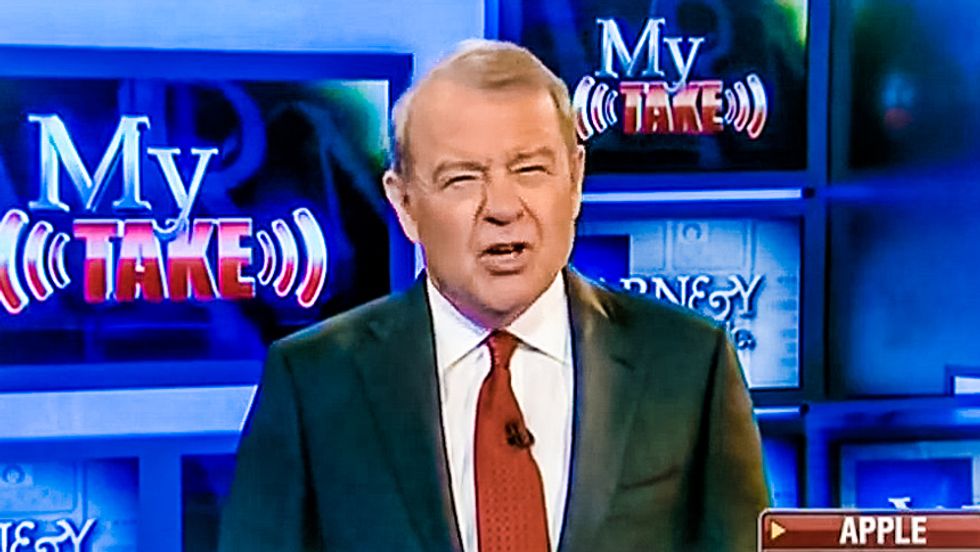 Fox Business Network host Stuart Varney, a frequent defender of Donald Trump, on Friday couldn't help but wonder why the president was lashing out at U.S. companies that have been harmed by his trade war.

During his program, Varney read a tweet from Trump, in which the president said: "If the Fed would cut, we would have one of the biggest Stock Market increases in a long time. Badly run and weak companies are smartly blaming these small Tariffs instead of themselves for bad management...and who can really blame them for doing that? Excuses!"

"Not quite sure where the president is going with this one," Varney remarked. "But he wants the Fed to lower rates -- bottom line."

Trump on Friday morning repeatedly lashed out at the Federal Reserve.

"The Euro is dropping against the Dollar 'like crazy,' giving them a big export and manufacturing advantage...and the Fed does NOTHING! Our Dollar is now the strongest in history. Sounds good, doesn’t it? Except to those (manufacturers) that make product for sale outside the U.S.," he tweeted.

"....We don’t have a Tariff problem (we are reigning in bad and/or unfair players), we have a Fed problem. They don’t have a clue!" Trump added.

Watch the Fox Business clip below: