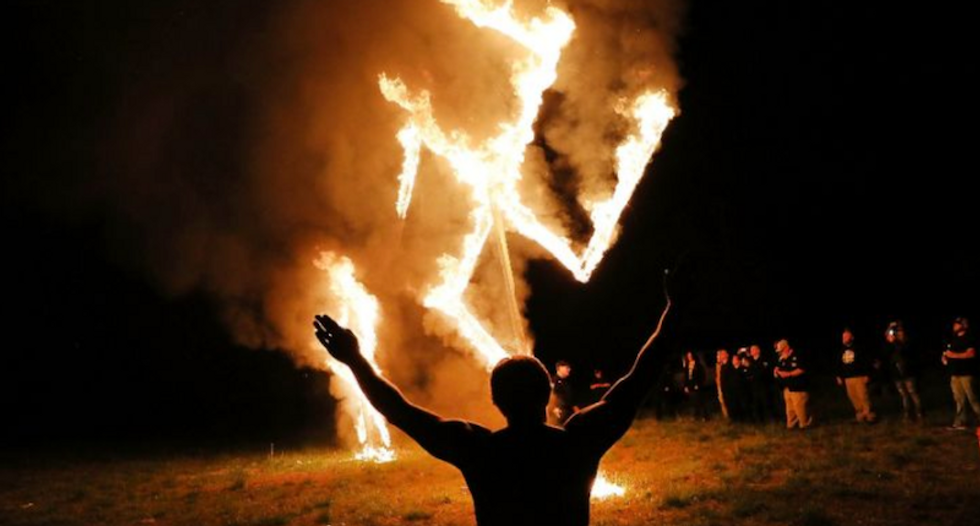 Federal agents arrested a Washington state man who allegedly threatened to "exterminate" Latinos as part of a race war he believed would be launched by President Donald Trump.

According to court documents, Eric Lin frequently praised Nazi leader Adolf Hitler online and sent multiple death threats against a woman in Miami and plotted to pay a man to beat her up, reported the Miami New Times.

"The time will come when Miami will burn to the ground — and every Latin Man will be lined up against a Wall and Shot and every Latin Woman Raped or Cut to Pieces," Lin wrote Aug. 8, according to investigators.

The 35-year-old Lin, who is originally from Clarksburg, Maryland, was arrested Friday in Seattle and charged with making threatening communications online.

An immigrant from Spain contacted Miami police and reported that Lin had been sending threatening messages from two different Facebook accounts since May 30, and the victim showed 150 printed pages of racist and violent messages he sent referencing Trump and Hitler.

Lin threatened to wire $10,000 to a man to assault the woman, and he threatened to kidnap her and kill every Hispanic person living in the Magic City neighborhood.

"In 3 short years your entire Race your entire culture will Perish only then after I kill your Spic family I will permit you to die by hanging on Metal Wire," Lin allegedly wrote on June 7.

The next day he told the woman he planned to "enslave, rape, and use you like a baby-making machine. Once I'm finished with you I might just get rid of you like a piece of trash."

Lin's threats also made clear that he believed Trump justified his violent fantasies.

"I thank god every day Donald John Trump is President and that he will launch a Racial War and Crusade to keep the Niggers, Spics, and Muslims and any dangerous non-White or Ethnically or Culturally foreign group 'In Line,'" Lin allegedly wrote July 9. "By 'in Line' it is meant that they will either be sent to 'Concentration Camps' or dealt with Ruthlessly and Vigorously by the United States Military."