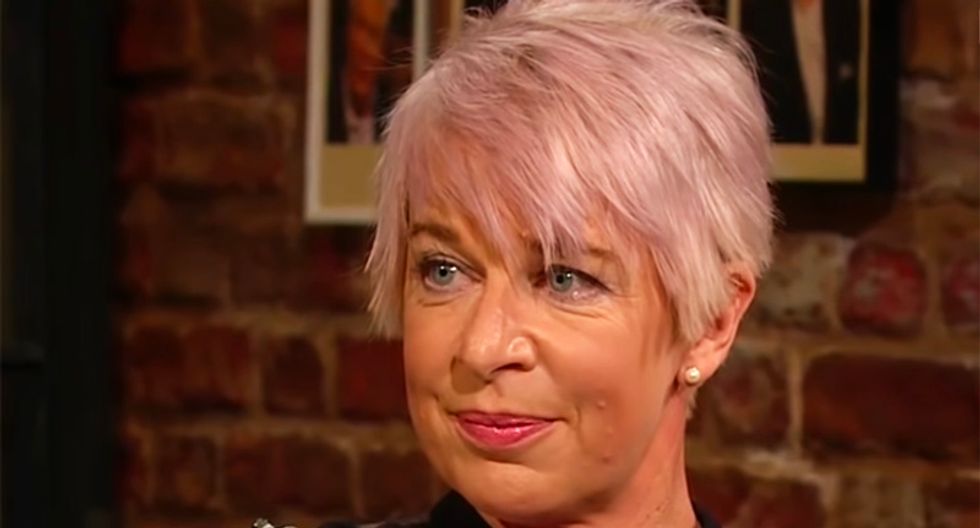 In a scathing column for the conservative Bulwark, author Molly Jong-Fast cast a jaundiced eye on British media personality Katie Hopkins, who has become a regular retweet feature on Donald Trump's Twitter feed despite -- or maybe because -- of her unabashed racist opinions.

But first, Jong-Fast began with a cautionary note.

In recent weeks, Trump has retweeted the following from Hopkins.

"Do you know how hard it is to be fired by a Murdoch tabloid for saying something racist? It’s like shooting the moon with double-decks or getting a 1,600 on your SATs—it’s possible. People do it. But when it happens it’s an event. People stand up and take notice," she wrote. "So when Katie Hopkins managed to get fired from the Daily Mail for calling African migrants 'cockroaches' it was kind of thing. Though maybe . . . if we’re being totally honest here . . . not a surprise?"

"Katie Hopkins is also—probably by total coincidence—one of Donald Trump’s favorite people to retweet. Right before the El Paso shooting and then later while at his private golf club, Trump retweeted Hopkins," she continued. "One would have thought Trump might be more self-conscious about retweeting Hopkins after the El Paso massacre, since it was committed by a white nationalist whose manifesto leaned on many of both Trump and Hopkins’s favorite racist tropes. But Hopkins herself was not surprised that the president retweets her. Or, as she told Maggie Haberman in an interview, 'I think it’s not a surprise that Trump would retweet my tweets.'"

With that, the author gets into why Trump has recently become so attracted to Hopkins that she has become a regular feature on his Twitter feed.

"Why would the president retweet the Eva Braun of The (British) Apprentice when he is (supposedly) not a white nationalist? she asked before answering, "Last week the Washington Post ran a piece about how the FBI may be reluctant to pursue white nationalists because there’s a concern that these very fine people make up part of the president’s constituency. And since this president has a long history of going to war against the FBI, maybe this isn’t a smart fight to pick."