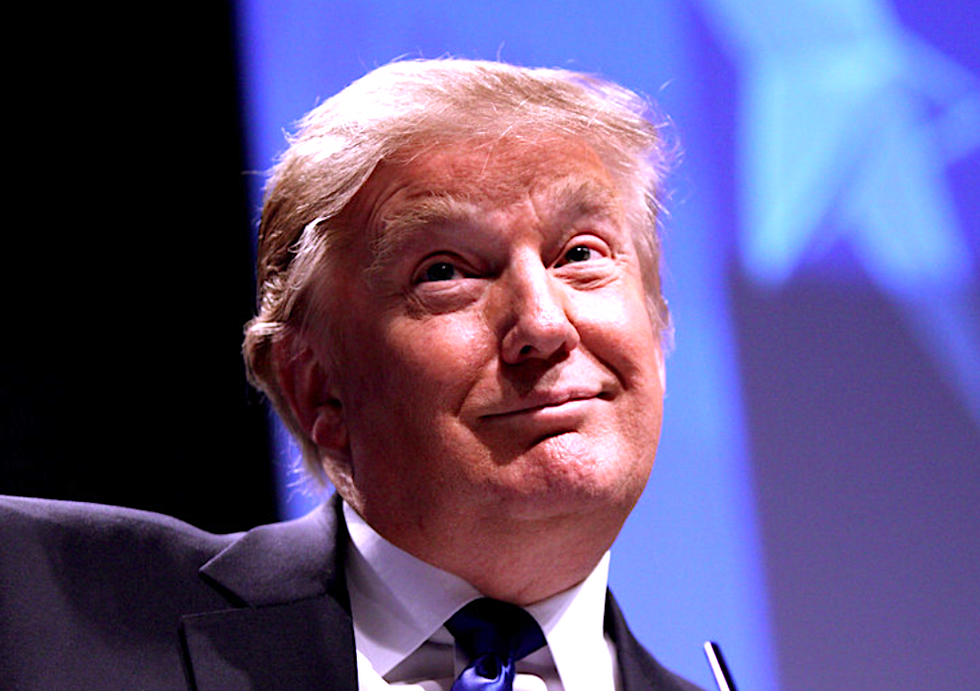 In January of 2017, President Trump promised not to do anything to change former President Barack Obama's landmark LGBT protections. But this Wednesday, the Trump administration proposed new legislation that would allow businesses with federal contracts to discriminate against employees on the basis of sex, race, LGBT status, and other inborn traits, BuzzFeed News reports.

The Labor Department's 46-page draft says the proposed rule would apply to any organization or business that defines itself in religious terms.

“The contractor must be organized for a religious purpose, meaning that it was conceived with a self-identified religious purpose. This need not be the contractor’s only purpose," the draft states, adding that a "religious purpose can be shown by articles of incorporation or other founding documents, but that is not the only type of evidence that can be used."

The policy, for example, could apparently allow a company that supplies machinery to the federal government to fire a woman simply because she’s a lesbian if they obtain a religious exemption.

According to the National Center for Transgender Equality, the rule could allow the “firing or refusing to hire someone because of their sexual orientation or gender identity. It could also lead to federal contractors refusing to hire women or unmarried workers who are pregnant or parents, or even discrimination on the basis of race.”

As BuzzFeed News points out, the rule would leave longstanding nondiscrimination orders in place, but would make more exemptions available. A statement released by the Labor Department this Wednesday says the rule “would clarify that religious organizations may make employment decisions consistent with their sincerely held religious tenets and beliefs without fear of sanction by the federal government" while at the same time reaffirming "employers' obligations not to discriminate on the basis of race, sex, or other protected bases and does not exempt or excuse a contractor from complying with any other requirements."

But that hasn't assuaged the fear of LGBT advocates, who say the rule is designed to undermine Obama's protections for the LGBT community.