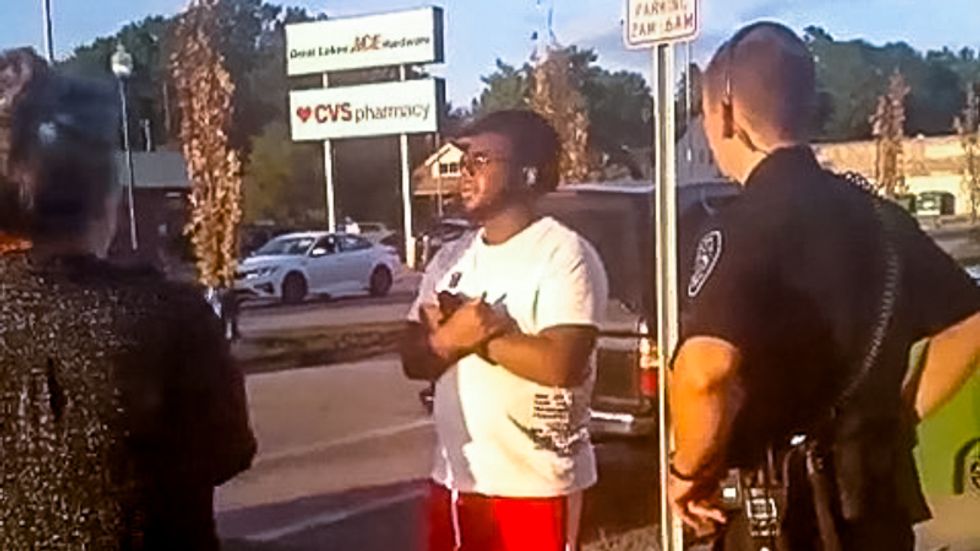 Police in Royal Oak, Michigan were caught on video stopping a black man for allegedly "looking suspiciously" at a white women.

According to MetroTimes, 20-year-old Devin Myers was approached by officers while walking in to Inn Season Cafe.

A video of the incident was broadcast live on Facebook by Kimiko Adolph.

"This young man is stopped because a Caucasian lady said that he looked at her suspiciously and he has been pulled over walking going to eat by two police officers for suspicion of being black," Adolph explains in the video.

Myers was eventually allowed to go free. The white woman was not immediately identified.

Guns Activism Video Whoa!
Report typos and corrections to: corrections@rawstory.com.
Like this article ? Text `Support` to 50123 to donate.
READ COMMENTS - JOIN THE DISCUSSION