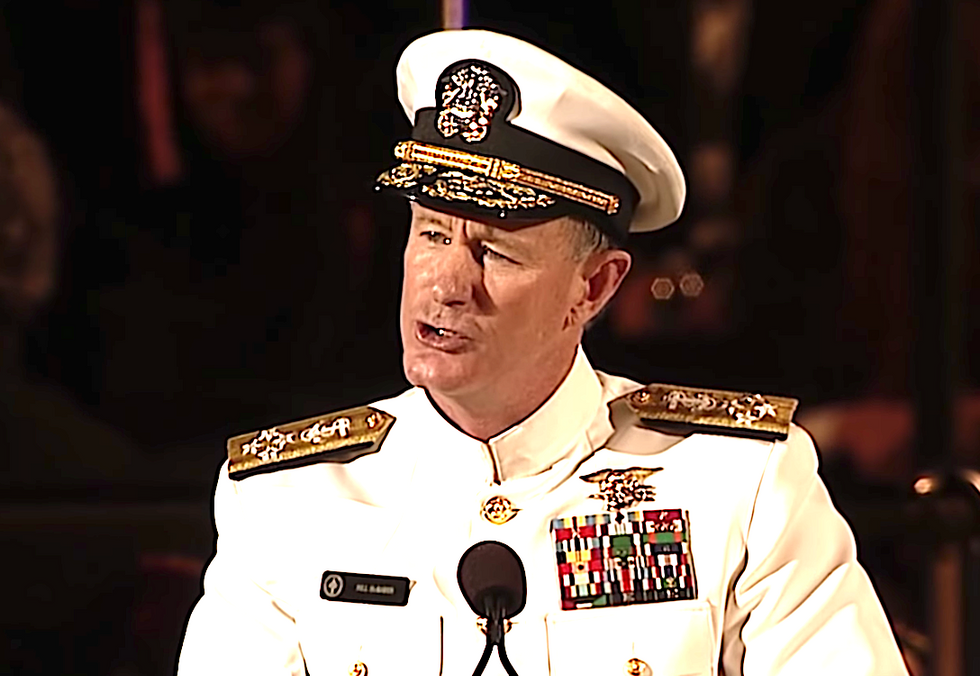 Former Navy SEAL Adm. William McRaven, who became famous after it was revealed he headed the operation that killed Osama bin Laden, warned about China's military capabilities during a Council on Foreign Relations event this Wednesday, Business Insider reports.

According to McRaven, China's buildup is a "holy sh*t" moment for the US, adding that it's time to "make sure that the American public knows that now is the time to do something" in the interest of national security.

A report released by the CFR on Wednesday says that China is emerging as the most significant rival to the US when it comes to defense, research, and technology. The report also stated that China is asserting its dominance in the Pacific and is also ramping up hacking operations and intellectual property theft.

McRaven warned that the "gap" between American and Chinese progress is "narrowing."

In some cases, China is surpassing the US, according to the report — for example, in the commercialization of 5G, a necessary component of high-speed communication. What's more, Chinese-built 5G networks could pose significant risks to US national security, as evidenced by the US's contentious relationship with the Chinese tech company Huawei.

McRaven added that problem isn't going to go away.

"...it's just going to get harder as we get further into the future," he said.