A plan to monitor the mentally ill? History of mental illness and stigma provides insights

In the wake of the latest mass shooting in Texas, news agencies, politicians and pundits searched for explanations and solutions.

President Trump, echoing a version of statements made in the wake of past mass shootings, suggested that the root difficulty is related to mental health. On Sept. 9, 2019, he floated a plan to monitor those with mental illness using technology such as smartphones. As he has explained, “It’s a mental problem, it’s a big problem.” The latest shooter is another “very sick person.”

This mental health angle taps an old and ongoing narrative. Gallup polls have long revealed that 48% of Americans consider mentally ill persons responsible for “a great deal” of shooting violence. While this opinion does not fully reflect reality, it does say something about enduring stigmas and the tarnished history of mental health care in the U.S.

As a historian of culture, I have spent years researching America’s contentious relationship with mental hospitals. Analyzing fiction, news articles, movies and art, I have unearthed a disheartening pattern of dread and stigma dating back to our earliest years. I believe that employing a historical lens to examine our present situation provides much needed perspective on the concerns that the president and others have regarding mentally deranged killers. 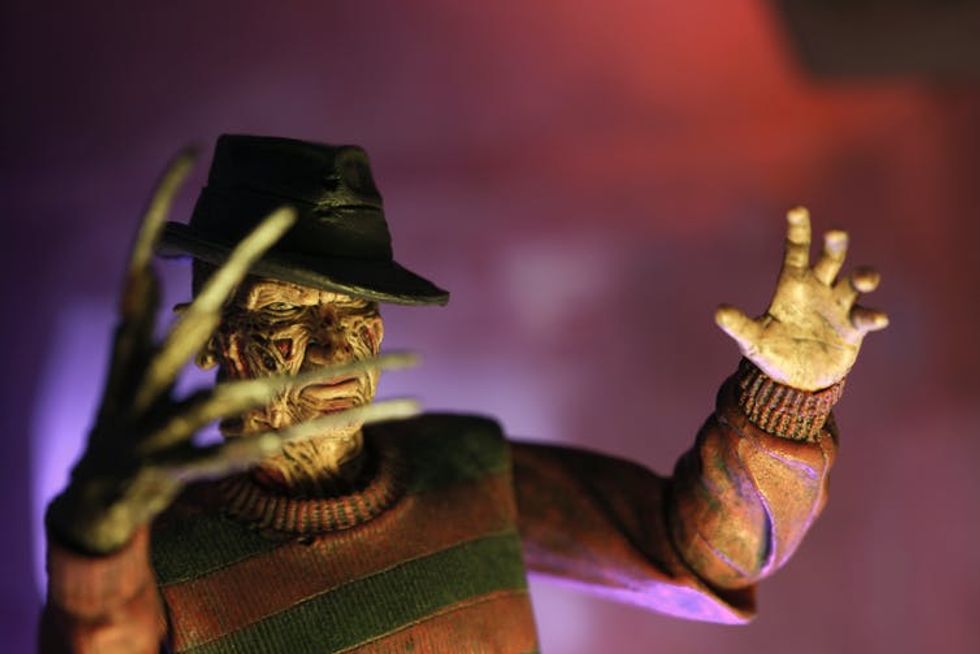 In October 1978, a small independent film took multiplexes and drive-ins by storm. Directed by John Carpenter, “Halloween” tells the story of Michael Myers, a mechanical killer who breaks out of an asylum to terrorize a group of teenage girls in a small American town. Though initial reviews were poor, like Myers, the film could not be stopped. It grossed US$70 million worldwide on an initial budget of $300,000.

At this time, and not coincidentally, America was agonizing over the consequences of emptying state mental hospitals. In a process known as deinstitutionalization, large numbers of people suffering from mental illness now found themselves in small single occupant residencies, with their families or on the streets.

While most Americans detested the dilapidated “snake pit” hospitals where these persons formerly lived, it soon became obvious that ex-patients were sometimes living in perhaps even more wretched conditions. And they were entering communities. Fear of violence arose.

Seven months before “Halloween” hit theaters, The New York Times published a piece about “smoldering community resentment” toward ex-patients. The writer worried that deinstitutionalization was turning formerly safe neighborhoods into “bedlams.” Two months later, the Times stated that many New Yorkers lived in a state of terror. The author tut-tutted that we Americans should not confuse “fear of crime” with “fear of insanity.”

This dread of the dangerous insane is an old problem in America. In 1845, for example, Edgar Allan Poe referenced the “very usual horror at the sight of a lunatic” in his darkly comic asylum tale, “The System of Dr. Tarr and Prof. Fether.” In this short story, an unhinged doctor frees the patients and locks up the attendants, who later escape in a torrent of chaos.

The horror of escaped asylum patients made its way through the 19th and 20th centuries in a slew of stories, films and urban legends. Deinstitutionalization, which began in the late 1950s, updated the escape tale with fresh fears of state-released “maniacs.” Even in a movie, Michael Myers erupting into the community with a butcher knife reinforced and capitalized on widely repeated stories about disturbed homeless people going after “innocent” citizens.

The tag line, “The Night HE Came Home,” echoed worries about returning patients. Another pop-culture killer, Freddy Krueger – who, audiences learn in the third “Nightmare on Elm Street” film, was conceived by rape in an asylum – also evoked the dangerous mentally ill. As scholar Mark Edmundson notes, Freddy conjured the homeless ex-patient, a frightful “bum dressed in a broken fedora and football hooligan’s cast-off sweater.”

By the mid-1980s, commentators regularly derided the failures of deinstitutionalization. Most Americans agreed that a new system was in order. In one 1986 Roper poll, 68% of respondents agreed that the federal government needed to spend more on facilities for the homeless.

Yet that same year, people regularly protested the construction of new shelters in their communities. In other words, while people lamented the failures of deinstitutionalization, they were unprepared to have ex-patients live nearby.

How can the past inform? 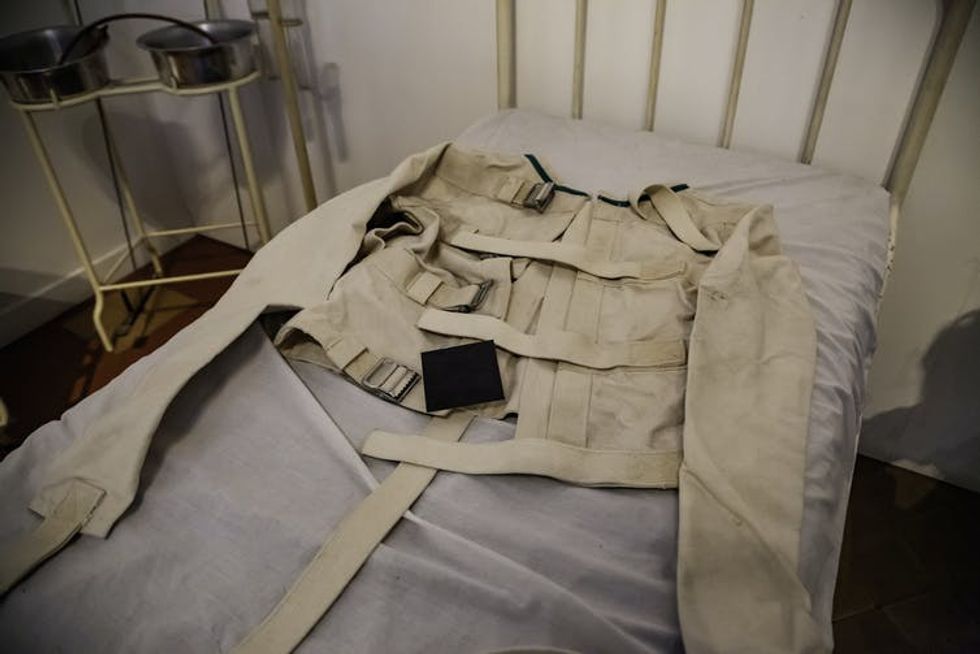 An old strait jacket and bed in a now closed mental institution.

Mass shootings have become an alarmingly regular occurrence. The fact that the most recent Texas shooter appears to have been deemed “mentally unfit” to possess firearms fuels the fear that mentally ill people are to blame for gun violence.

Fear of the dangerous mentally ill is longstanding in America. Typically, politicians and the public exaggerate the threat while remaining wary of programs that involve public money or patient proximity. Blaming “sick” people for violence further tosses issues of widespread gun access and socioeconomic factors onto the shoulders of a stigmatized population, while absolving policymakers. President Trump has repeatedly suggested an answer to mass shootings is “building new mental facilities.”

Others insist that this is misplaced blame. Sufferers of mental illness are more likely to be victims than perpetrators of violence. And, as a regional executive director of the National Alliance on Mental Illness told USA Today, “Racism, hate, white supremacy are not diagnosable mental illnesses.”

I think these various points need to be sorted out. The tragedy of neglect that reduces many sufferers of mental illness to destitution, and a small fraction of them to violence, indicates that the U.S. mental health care system is not functioning properly. But tying untreated illness to the epidemic of mass shootings is far too simplistic, and it exempts a public long prone to stigmatizing and neglecting sufferers.

In order to address the problem of mass shootings, then, I believe it is imperative to move beyond the level of urban legend, fear-mongering and quick fixes. A structural model based on quantitative analysis, and grounded in a deeper understanding of our history of stigmatization, seems to be the best approach. The past certainly suggests as much.