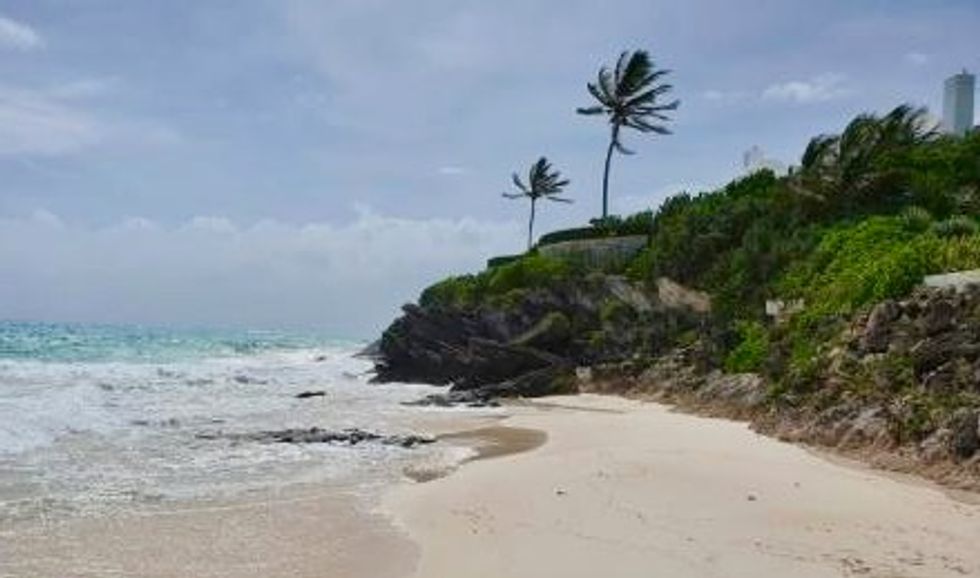 Residents of the tiny British archipelago of Bermuda battened down the hatches on Wednesday ahead of the arrival of Hurricane Humberto, a major category 3 storm packing fierce winds and punishing rain.

The Miami-based US National Hurricane Center put the center of the storm about 225 kilometers (140 miles) west of Bermuda at 1800 GMT, with maximum sustained winds of 195 kilometers per hour.

The core of the large storm was expected to pass to the northwest of Bermuda later in the day or overnight, dumping as much as 15 centimeters (six inches) of rain. A heightened storm surge is possible.

"Hurricane Humberto is a threat," the Bermuda Weather Service said in its latest advisory.

Heavy rain was already sporadically pelting the main island. Local residents were securing their outdoor furniture and some were boarding up their windows. Grocery stores and offices were closing early.

The government advised citizens to be off the roads "by 5 pm tonight until the all clear is given tomorrow." It opened an emergency shelter at Cedarbridge Academy, Bermuda's largest high school.

But officials said they were not expecting the worst.

"We're not expecting major damage. This hurricane is brushing us," Steve Cosham, Bermuda's disaster coordinator, said, according to The Royal Gazette.

"There could be some areas that are more impacted than others."

The Atlantic hurricane season, which runs through November 30, has ramped up in recent weeks. Hurricane Dorian devastated the Bahamas, killing at least 52 people, with hundreds more still unaccounted for.

Tropical Storm Jerry has formed in the ocean and is expected to become a hurricane on Thursday. So far, it is not threatening any coastal areas.