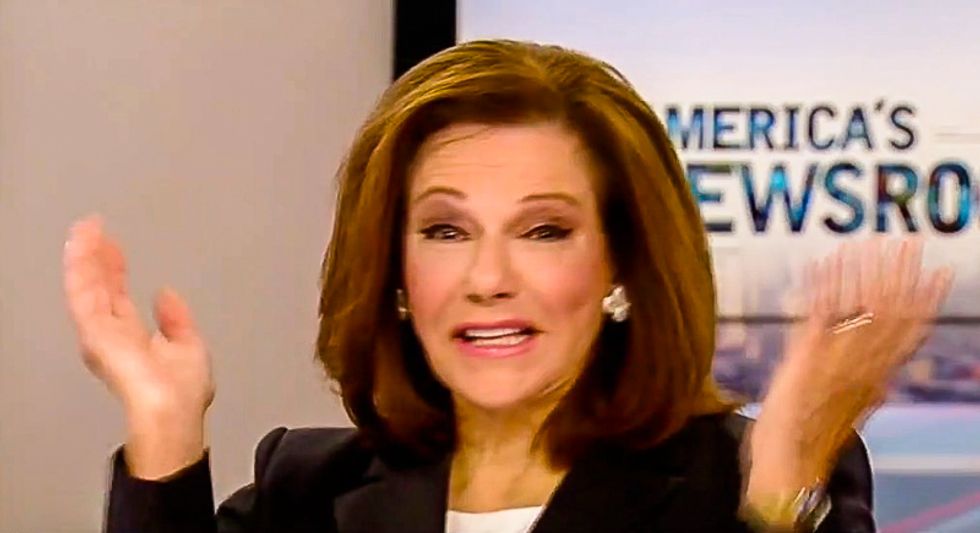 Pundits on Fox News reacted to Donald Trump's speech to the United Nations by lavishing praise on the U.S. president.

In a subdued speech to the U.N. General Assembly, Trump said that nationalism and patriotism are the solution to the world's problems. He also doubled down on his decision to back out of the Iranian nuclear deal.

"His best speech ever," commentator K.T. McFarland opined. "Look at the body language. He was confident. He was reading slowly. He didn't repeat himself a bunch of times, which he has always done in the past."

McFarland said that Trump offered the "best description he has ever given of what make America great again means and what America first means."

"It’s very interesting your observation, K.T., he didn’t use the word 'I,'" she stated. "I remember being here a few years ago when we counted the Is, it was very different."

In fact, Trump reportedly used the word "I" more than 20 times in his Tuesday speech to the General Assembly.

Fox's takeaway from this speech is Trump isn't as narcissistic as Obama. lmfao "Your observation that he didn't us… https://t.co/D2qSzZOjgR
— Lis Power (@Lis Power)1569337861.0