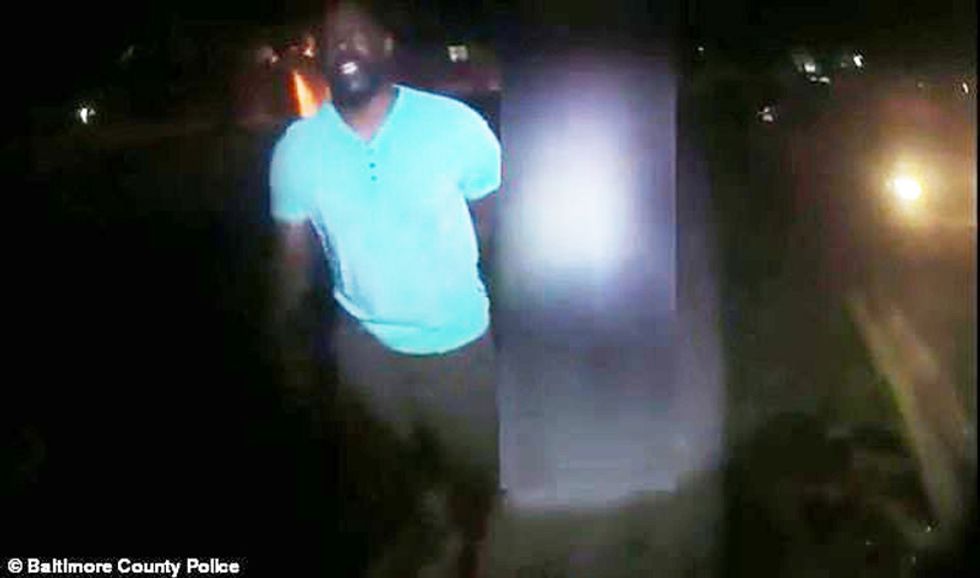 On Wednesday, the Baltimore County Police released disturbing body camera footage of a white police officer antagonizing a black high school principal in front of his 15-year-old son, and demanding to know whether he was responsible for a crime scene he had just witnessed — because he happened to be walking past.

"You guys weren't involved in that at all were you?" the officer asked Vance Benton and his son in the footage, which was shared by the Daily Mail.

"Why would you ask me that?" Benton shot back incredulously.

"Because you're standing here," replied the officer.

"I can stand here," said Benton. "I'm a citizen. I pay taxes here. I just told you I'm educating my son on how to deal with police."

"Well let me educate you, sir," said the officer. "When we do a thorough investigation, we stop and talk to witnesses. Are you a witness?"

"Sir, people get away with crime because of people like you," said the officer angrily.

"Do not buck up to me," yelled the officer, before turning to Benton's son and saying "Hopefully you find a good role model, okay? I wouldn't listen to this dude."

Benton and his son left after further argument, at which point the officer followed them.

Benton filed a complaint with the police department, which has apologized for the incident and stated they have taken administrative action against the officer involved. He told county officials that he has never been subject to such "degradation, disrespect, and humiliation."