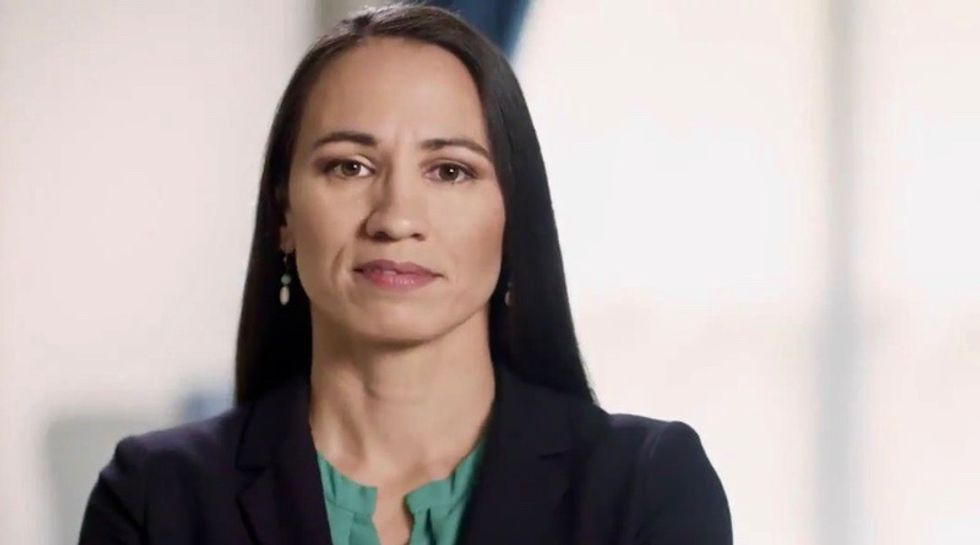 "The American people cannot afford to wait for Donald Trump to be impeached, and Congress cannot slow walk this process."

A majority of the House of Representatives now supports impeachment proceedings against President Donald Trump, a milestone progressives celebrated as the result of persistent grassroots pressure that must continue—and intensify—if Trump is to be removed from office.

"This is huge, and it wouldn't have happened without grassroots activism across the country," advocacy group Stand Up America tweeted Wednesday night. "Thanks to all who have spoken up. Now, let's keep up the pressure!"

Rep. Sharice Davids (D-Kan.) became the 218th House lawmaker to publicly back impeachment proceedings against Trump Wednesday night. In a statement, Davids said an impeachment inquiry "is the right thing to do" in the wake of revelations that Trump pressured Ukraine's leader to investigate former Vice President Joe Biden.

The milestone comes after dozens of House Democrats spoke out in favor of impeachment over just the past several days, leaving House Speaker Nancy Pelosi (D-Calif.) no choice but to drop her longstanding opposition to impeachment and endorse an official inquiry.

Progressive advocacy groups are urging Pelosi to take advantage of the impeachment momentum by canceling the upcoming two-week October recess and voting on articles of impeachment as soon as possible.

In a letter to Pelosi and House Judiciary Committee Chairman Rep. Jerry Nadler (D-N.J.) on Wednesday, a coalition of 15 progressive organizations led by Stand Up America and By the People demanded that House leadership cancel recess and "immediately get to work impeaching this lawless president."

"The House has a constitutional duty to protect our democracy by holding a corrupt president accountable—and this is not the time for our elected representatives to go home," the groups said. "The American people cannot afford to wait for Donald Trump to be impeached, and Congress cannot slow walk this process."

Now is the time to show up on the phones, at offices, and at town halls and make sure every member of Congress hear… https://t.co/h5CxCE62Bl
— Indivisible Guide (@Indivisible Guide) 1569461704.0

"In place of this recess," the groups added, "we urge you to begin an aggressive hearing schedule, swiftly draft articles of impeachment, and vote to impeach Trump this fall."