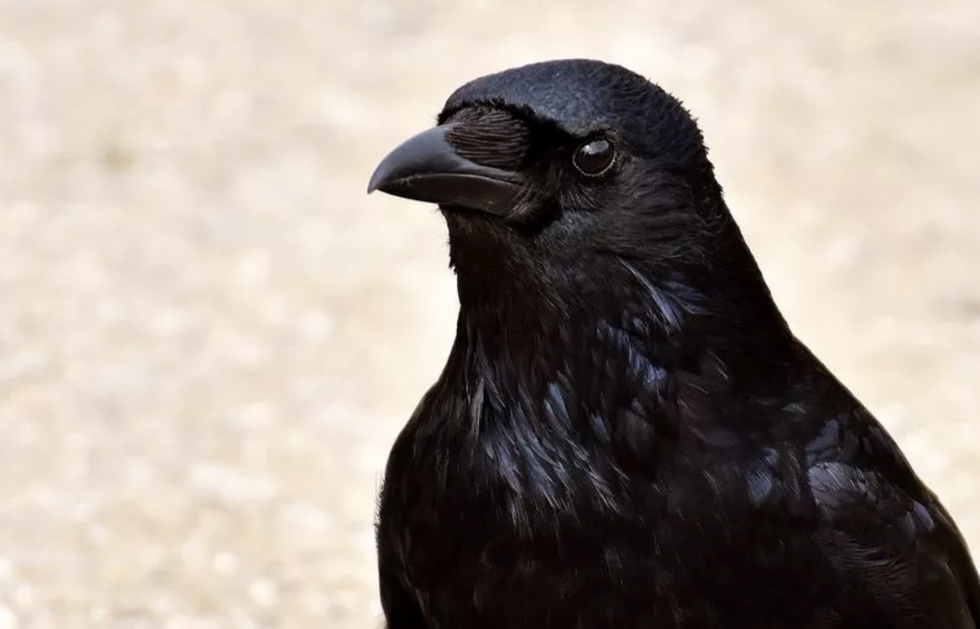 Image of a raven (Popular Science)

In early 1974, Do Da was top in espionage class, on the way to becoming a high-flying CIA agent: he handled himself better in the rough, carried heavier loads, and could brush off attackers.

But on his toughest-yet spy school test, he disappeared -- done in by some of his own kind: ravens.

The bird was a central figure in a decade-long US Central Intelligence Agency program to train animals as agents, helping Washington fight the Cold War against the Soviet Union.

On Thursday, the CIA released dozens of files from its tests on cats, dogs, dolphins and on birds from pigeons to some of the smartest: ravens and crows.

It studied cats as possible loose-roaming listening devices -- "audio surveillance vehicles" -- and put electrical implants in dogs' brains to see if they could be remotely controlled.

AFP/File / SAUL LOEB The Central Intelligence Agency's seal on the floor of its headquarters in Langley, Virginia

Neither of those programs went very far. More effort was put into training dolphins as potential saboteurs and helping spy on the Soviet Union's development of a nuclear submarine fleet, perhaps the most potent challenge to US power in the mid-1960s.

Projects Oxygas and Chirilogy sought to see if dolphins could be trained to replace human divers and place explosives on moored or moving vessels, sneak into Soviet harbors and leave in place acoustic buoys and rocket detection units, or swim alongside submarines to collect their acoustic signatures.

Those programs, too, were given up, left to the US Navy which to this day makes use of dolphins and seals.

But what also grabbed the US spy chiefs' imagination in the Cold War days was birds -- pigeons, hawks, owls, crows and ravens, and even flocks of wild migratory birds.

For the latter, the agency enlisted ornithologists to try to determine which birds regularly spent part of the year in the area of Shikhany in the Volga River Basin southeast of Moscow, where the Soviets operated a chemical weapons facility.

The CIA saw the migratory birds as "living sensors" which, based on their feeding, would reveal what kinds of substances the Russians were testing, in their flesh.

In the early 1970s, the CIA turned to birds of prey and ravens, hoping they could be trained for "emplacement" missions like dropping a listening device on a windowsill, and photo missions.

In project Axiolite, bird trainers working on San Clemente island off southern California taught the birds to fly miles over the water between a boat and land.

If the training went well, a chosen candidate would have a tough mission: being smuggled to Soviet Russia, where it would be released secretly in the field, tasked to fly 15 miles (25 kilometers) carrying a camera to snap pictures of a radar for SA-5 missiles, and fly back.

They had red-tailed and Harris's hawks, great horned owls, a vulture, and a cockatoo.

It was not easy. A cockatoo was "a clever flyer" but "maybe too slow to avoid gull attacks."

Two falcons died from illness; another promising candidate lost feathers and trainers had to wait for it to molt and grow them back.

The most promising flyer was Do Da, the raven. In just three months, Do Da went from a successful 3/4-mile trip to six miles from shore to boat, and then four miles back to shore on the same day.

He was the most promising candidate for the Russia mission, the "star of this project," one scientist wrote, who figured out the right altitudes in the right winds, and acquired "sufficient guile to outwit the native ravens and gulls," which hid for attacks on him.

But on a training mission he was attacked by "the usual pair" of ravens -- and was not seen again.

The scientists were deeply dismayed. "He had a large bag of tricks and was loved by all," one wrote.

The other major effort was with pigeons, used for over two millennia as messengers and to take photographs during World War I.

The challenge was that pigeons work from home coops or roosts, places they are familiar with.

The CIA needed them for missions in the Soviet Union, where they would fly between unfamiliar roosts and photo targets.

The agency acquired hundreds of pigeons, testing them and cameras in areas around the United States to see if they could be trained on simulated paths.

After much training, the birds were brought to Washington for testing, and results were mixed.

Some snapped perfect photos, but others flew out, with expensive cameras attached, and weren't seen again. One was attacked by a hawk, and came back three weeks later with no camera.

The documents don't say if the Leningrad operation was attempted. But a 1978 review the CIA released made clear that there were too many questions about the birds' reliability.