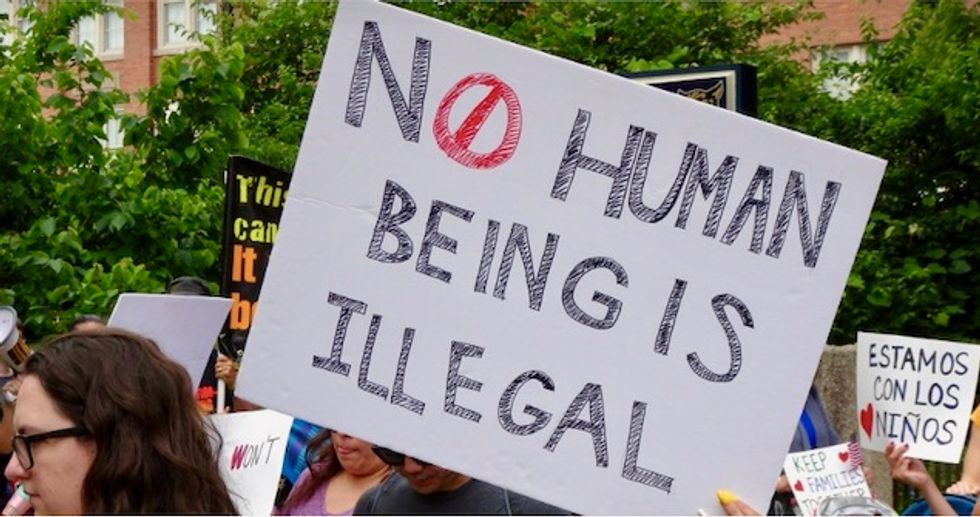 A city in Mississippi is arguing that 41-year-old Ismael Lopez, who was killed by police who apparently mistook him for a domestic violence suspect, had no constitutional rights because he was an undocumented immigrant. (Photo: Kurman Communications/Flickr/cc)

"We're stunned that someone put this in writing," a lawyer for Ismael Lopez's family said.

A court filing publicized late last week drew outrage on Monday over the case of Ismael Lopez, a 41-year-old man who was killed by police two years ago in Southaven, Mississippi.

To avoid responsibility for the man's death, attorneys for the city are arguing that Lopez had no constitutional rights due to his status as an undocumented immigrant—blatantly contradicting U.S. law and numerous rulings by the U.S. Supreme Court. Kristen Clarke, executive director of the Lawyers' Committee for Civil Rights Under Law, was among the immigrant rights defenders who drew attention to the case on social media.

Lopez was shot in the back of the head when the police came to his home, where he'd lived for 16 years, in July 2017. His widow, Claudia Linares, filed a wrongful death lawsuit against the city of Southaven this past summer, a year after a grand jury declined to indict the two officers involved in his death.

Southaven officials argued in a court filing revealed late last week that Lopez did not have Fourth Amendment or 14th Amendment rights—leaving him without protection from unreasonable search and seizures or equal protection under law.

"If [Lopez] ever had Fourth Amendment or 14th Amendment civil rights, they were lost by his own conduct and misconduct," reads the court filing. "Ismael Lopez may have been a person on American soil but he was not one of the 'We, the People of the United States' entitled to the civil rights invoked in this lawsuit."

"They were residents that the city should be protecting and now that city is directly attacking their very own residents," Wells said. "For 16 years they were happy to take tax money. Happy to let these people spend their money at the store, happy to let them participate. But when [the police] make a mistake now these residents don't have any legal recourse. It is chilling."

The brief describes Lopez as "a convicted felon" and "fugitive from justice," despite the fact that police had no outstanding warrants for Lopez's arrest at the time of his death. He had not been arrested since the 1990s, when he was living in Washington State. On social media, critics on Monday expressed shock at the city's attacks on Lopez and its claim that he was not protected by the Constitution.

In Mississippi, it's not a crime to shoot and kill undocumented immigrants. I'm sure so called Christians and Evan… https://t.co/TW7YDqzX3A
— John Oberlin (@John Oberlin) 1569852161.0

Mississippi, where human beings have no Constitutional rights if they were born in the wrong country. https://t.co/DZxg6GrCok
— Laura Miers (@Laura Miers) 1569868255.0

The city's claim that Lopez was not entitled to constitutional rights contradicts the 2001 Supreme Court decision Zadvydas v. Davis, in which the high court affirmed that the 14th Amendment applies to all immigrants, including those who are undocumented.

The Supreme Court also ruled in 1973 that all constitutional laws pertaining to the treatment of crime suspects, including the Fourth Amendment, apply to undocumented immigrants.

Both decisions echoed the words of James Madison, the fourth U.S. president, who wrote that immigrants are entitled "to their [constitutional] protection and advantage."

"We're stunned that someone put this in writing," Wells said of the city's argument, adding that for undocumented immigrants, according to Southaven officials, "storm troopers can come into your house and kill you without regard to any constitutional results or repercussions whatsoever."

Wells asked the judge overseeing the case to sanction Southaven officials for arguments he said weren't made in good faith.