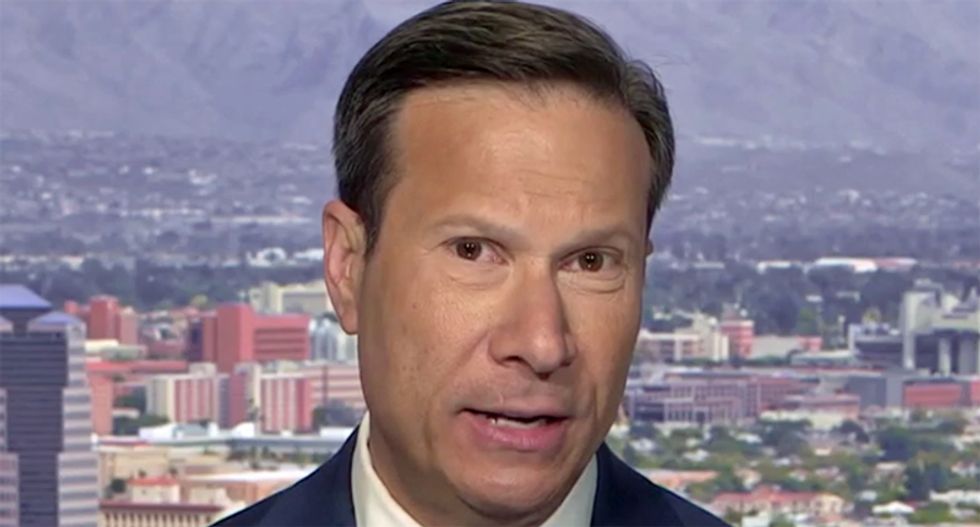 On Saturday, former FBI Assistant Director for Counterintelligence Frank Figliuzzi blasted President Donald Trump as the "commander-in-cheat" for allegedly using the miliary to enrich his business — and military leaders for going along with it in the face of congressional scrutiny:

Trump moves us closer to dictatorship as our military rejects congressional oversight and shifts its allegiance to… https://t.co/YbhkFS3QFj
— Frank Figliuzzi (@Frank Figliuzzi)1567870477.0

On Friday, Politico reported that Air Force transports have been making unusual stopovers at a tiny, remote airport in Scotland, which just happens to be near the Trump Turnberry resort — and where military officials just happen to have been staying.