Corey Lewandowski admits he has lied to the media under oath: 'I have no obligation to be honest' 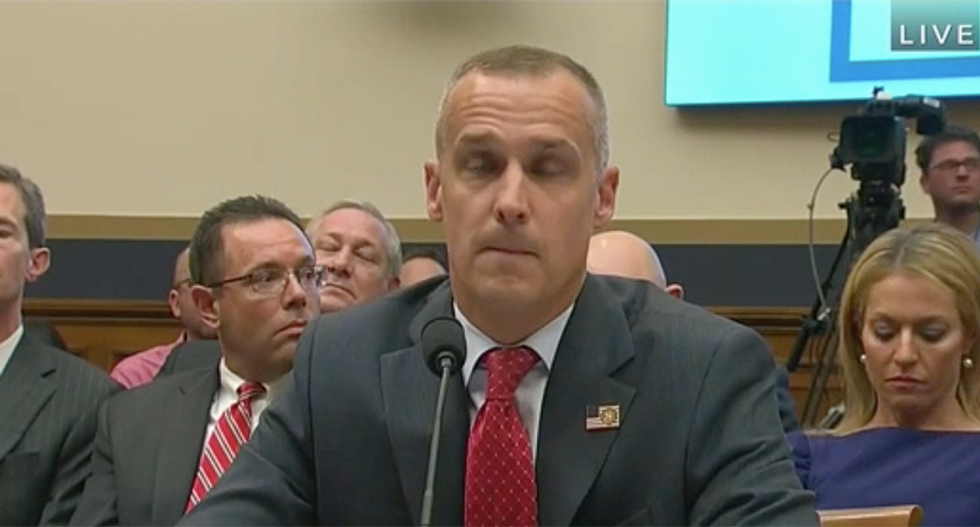 While he admitted that "perhaps I was inaccurate that time," Lewandowski claimed he was a "truth-teller" under oath

Corey Lewandowski, the former campaign manager of President Donald Trump, admitted he has lied to the media in his sworn testimony Tuesday before the House Judiciary Committee, in what the panel called its first official impeachment hearing.

Under intense questioning from House Judiciary counsel Barry Berke, Lewandowski conceded that "perhaps I was inaccurate that time" after being shown a clip of a February 2019 interview with MSNBC host Ari Melber, in which he said he did not remember the president ever asking him to "get involved" with then-Attorney General Jeff Sessions or the Department of Justice.

"Do you hear that, sir? That was you saying — on MSNBC — you don't ever remember the president ever asking you to get involved with Jeff Sessions or the Department of Justice in any way, shape or form. That wasn't true, was it, sir?" Berke asked.

"I heard that," Lewandowski responded.

Berke then asked, "And that wasn't true, was it?"

Lewandowski, who is considering a run for the Senate in Hampshire in 2020, replied: "I have no obligation to be honest with the media, because they are just as dishonest as anybody else."

Pressed further by the counsel, Lewandowski ultimately admitted that "perhaps I was inaccurate that time." However, he insisted that he was a "truth-teller" under oath.

The former Trump campaign manager's remarks to MSNBC appear to be at odds with what he told former special counsel Robert Mueller. Lewandowski also confirmed to the House Judiciary Committee earlier Tuesday that Trump had told him to order Sessions to limit the scope of Mueller's investigation to future instances of meddling in U.S. elections — and to stop probing his presidential campaign.

"Jeff and I are friends socially, and I wanted to have the opportunity to have a meal with Jeff and relay the conversation" about limiting the scope of Mueller's probe, Lewandowski said, referring to his efforts to deliver the president's message privately to Sessions, away from his office at the Department of Justice.

In his report, Mueller described an episode in which Trump dictated a message to Lewandowski that he wanted delivered to Sessions: He needed Sessions to give a speech announcing that he would curtail the scope of the investigation. Lewandowski told Trump he understood those instructions, although he never carried out Trump's demand.

Mueller's team concluded there was "substantial evidence" that Trump's actions met the legal threshold for obstruction of justice charges. The former special counsel, however, declined to consider the criminality of Trump's actions, citing Justice guidelines which state that a sitting president cannot be indicted.

Speaking on MSNBC after Lewandowski's heated exchange with Berke, Melber said he found it "really striking to see, under oath, someone to admit to their lying and then explain the reason is their disrespect as stated for the press."

He added, "Whatever one's view of the press or the interview, Mr. Lewandowski would also seem to want to have an obligation to his own supporters, to the public, to the citizenry of this country, that he could tell the truth."

Watch the full exchange between Berke and Lewandowski here: