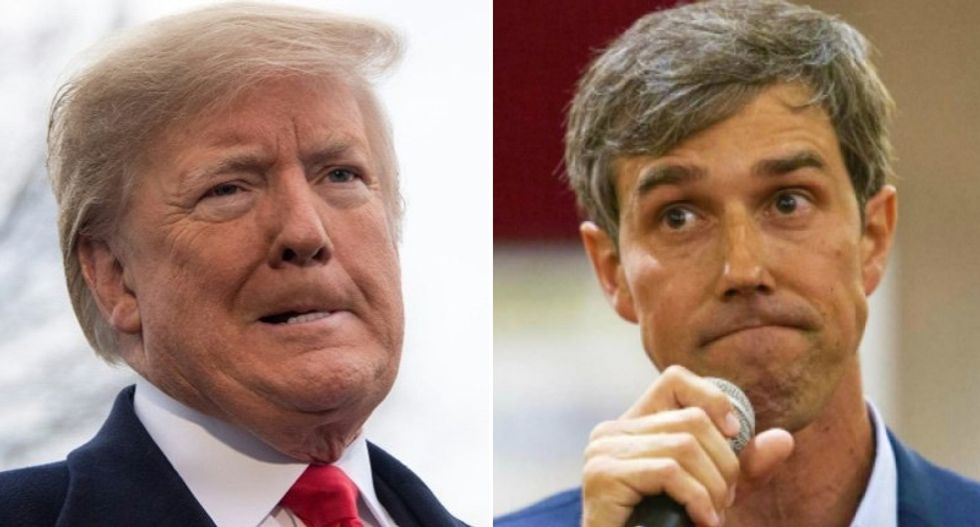 In a tweet Wednesday morning, the president said presidential candidate Beto O'Rourke is making it harder to make a deal regarding gun control.

President Donald Trump added Beto O'Rourke to his list of nicknamed politicians, referring to the Democratic presidential candidate as "Dummy Beto" in a tweet on Wednesday morning.

O’Rourke first called for mandatory buybacks of assault weapons last month following the deadly shooting in his hometown of El Paso. But the proposal got its widest audience yet Thursday at the latest primary debate in Houston, where O’Rourke vowed that “hell, yes,” he wants to take away people’s AR-15s and AK-47s.

Trump’s tweet echoed an argument that U.S. Sen. John Cornyn, R-Texas, made Tuesday. He told reporters that O’Rourke has “thrown gasoline” on the gun debate in Congress with his mandatory buyback crusade.

It is not the first time Trump has lashed out at O’Rourke on Twitter in recent weeks. On the eve of Trump's trip to El Paso after the anti-immigrant massacre — which O’Rourke attributed to Trump’s rhetoric — the president tweeted that O’Rourke “should respect the victims & law enforcement - & be quiet!”

BY STACY FERNÁNDEZ AND PATRICK SVITEK