GOP senators are 'stunned' at the transcript — and think Trump is putting himself in more jeopardy: report 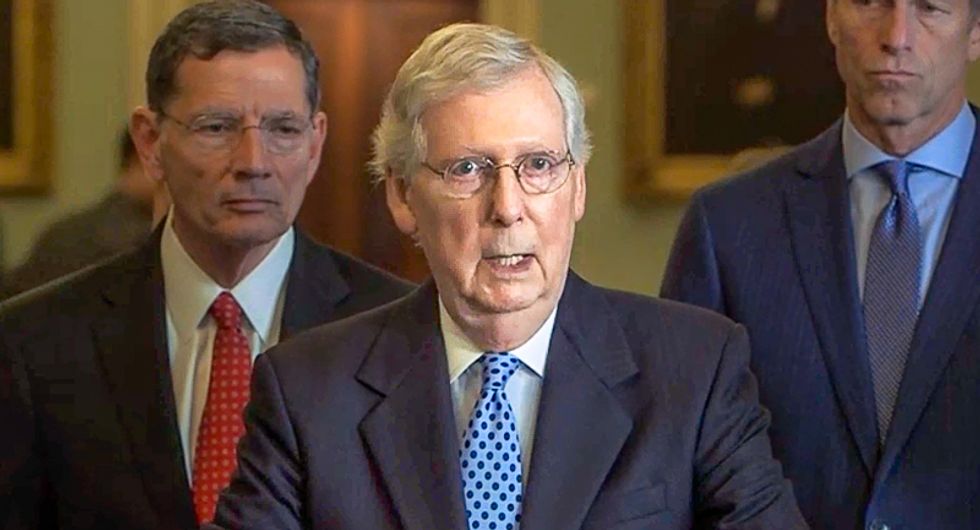 The White House has tried to get ahead of the exploding scandal about President Donald Trump pressuring the president of Ukraine to dig up dirt on former Vice President Joe Biden by releasing a batch of notes taken from the call. But the notes in fact confirm Trump demanded an investigation of Biden, implicate Attorney General William Barr in the scheme, and even show the Ukrainian President tried to flatter him by bringing up his stays in Trump Tower.

The transcript was, in fact, so legally and politically damaging for the president that — according to Washington Post reporter Robert Costa — pro-Trump Senate Republicans were completely blindsided, and have no idea where to go from here:

Several Senate Republicans I've spoken with in the last hour are stunned that the WH is releasing this transcript.… https://t.co/18E7YvGGfK
— Robert Costa (@Robert Costa)1569421492.0